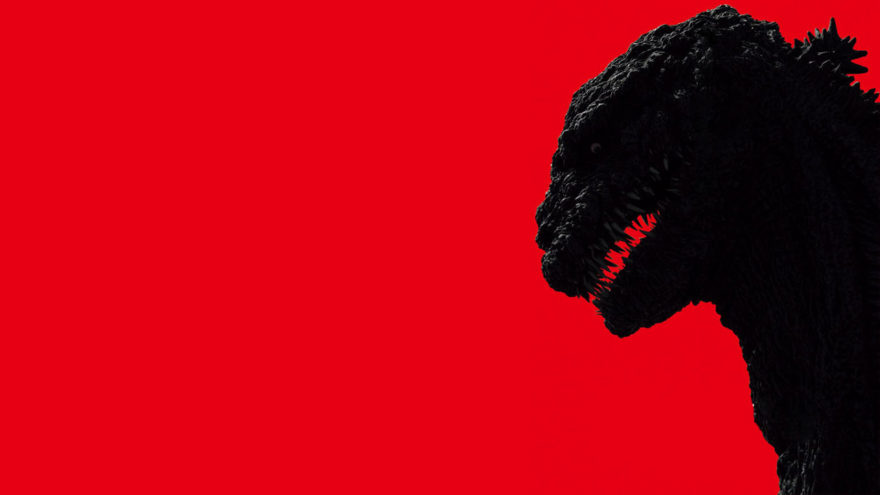 At one point in Shin Godzilla, Toho’s 29th entry in this ancient series, a character calls Godzilla a “perfect organism.” This might sound familiar to anyone who’s watched Ridley Scott’s Alien (1979): it’s how the devious android Ash describes the xenomorph.

Godzilla movies don’t typically reach outside the big guy’s cultural bubble, the occasional crossover with King Kong notwithstanding. They exist within a cloistered half-century of constant reinvention; there are whole eras of Godzilla named for whoever was emperor of Japan at that time, all refracting and, frankly, diluting the original premise into a repeatable formula that yielded enjoyable-but-inessential riffs on everything from pulp sci-fi to spy thrillers.

It is with pleasure that I can report that the upcoming Shin Godzilla, which translates roughly to “New” or “True Godzilla,” is the first Godzilla movie since Gojira (1954) to feel relevant to contemporary issues—assuming you don’t count Godzilla vs. the Smog Monster (1971) as a trenchant critique of wanton pollution.

Also, hey, it’s extremely good. Co-directed by Neon Genesis Evangelion creator Hideaki Anno and Evangelion assistant director Shinji Higuchi, and written by Anno himself, Shin Godzilla reconfigures the kaiju film as a satirical kaleidoscope of bureaucratic bullshit. “Open fire” orders have to run through 15 people before the Prime Minister can give his OK. Conferences on conferences are held to determine what Godzilla is or isn’t. Rapid response teams come together and collapse just as quickly.

Anno’s script doesn’t have characters, just recurring faces as it follows the Japanese government’s frantic attempts to deal with the appearance of Godzilla in Tokyo Bay. Every single person repeatedly gets their title splayed onscreen in massive kanji. Every location and makeshift HQ gets the same thing, growing ever-more complicated as the situation worsens.

the single most glorious version of atomic breath yet put onscreen

This becomes a running joke, a self-reflexive commentary on what we’re seeing: two men argue whether under the Constitution, Japan can ask the US to just take Godzilla out for them. As they argue, the entire text of the articles they’re referencing is superimposed over arch low-angle shots of their faces.

Anno and Higuchi find innumerable ways to make a film that’s 75 percent stern Japanese men bloviating in office spaces visually interesting and witty, from smash-cut punchlines to a surprisingly goofy “first form” for the big guy himself. The destruction—very satisfying, very cataclysmic—is similar to their “Giant God Warrior Appears in Tokyo,” a short prequel to/adaptation of Hayao Miyazaki’s Nausicaä of the Valley of the Wind (1984).

About halfway through, the film twists into something darker. If Gojira was a response to the atomic bombings, Shin Godzilla speaks to current anxieties: the Fukushima meltdown, Japan’s place in an aggressively militarized modern world. There is a lot of Evangelion DNA in here, to no one’s surprise. Godzilla is less a giant reptile and more a massive fleshy pupa, undergoing a rather xenomorphic life cycle. It’s got weird eyes, a habit of spewing gore out of its gills (it’s got gills in this one, roll with it), and the single most glorious version of atomic breath yet put onscreen; a sort of vomitous disco ball of destructive energy.

It ends, as a Godzilla movie must, inconclusively: the beast is merely paused and the final recourse of nuclear response along with it. The final image is sequel bait that makes no sense at all. All it promises is an even weirder follow-up, one rife with the Biblical phantasmagoria that Anno made his contentious reputation on. Trust no one about this movie, not even me. See it for yourself—prostrate yourself before the one true Godzilla.

Shin Godzilla was released in Japan on July 29th. It will get one-week limited release in the United States and Canada from October 11–18.