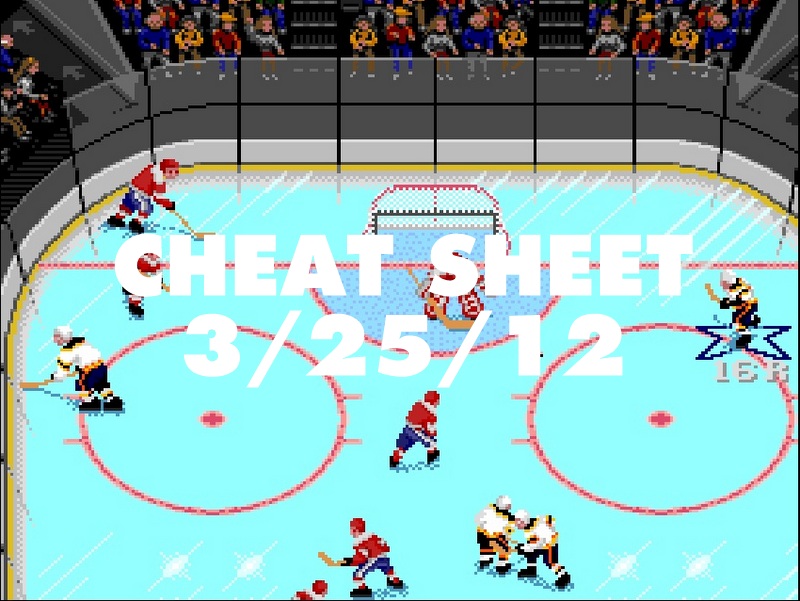 We often get digital recreations of the past in the form of modern-day remakes. But what about imagined futures? Michael Thomsen writes at Complex.com about an article from 1988 that prefigured what our world would look like in the far-off future of 2013. Turns out the way we envision tomorrow tells us more about ourselves today, and it ain’t all pretty.

The National Hockey League is officially celebrating the greatest sports game ever made (outside of Tecmo Super Bowl for NES) with a series of videos and interviews on NHL ’94. Jeremy Roenick, you owe me some lunch money.

Some guy over at Buzzfeed had the audacity to collect for our listening pleasure twenty-seven of the most distinct and memorable audio cues in all of gaming’s history. What kind of lunatic would do such a thing? (Full disclosure: Our ex-editor, is who.) Play them all at once and make it an adult-beverage game.

Mackenzie Wilson, a very young lady of nine, with the help of her Mother, has started a Kickstarter to develop a family-friendly RPG. The way things are going, she will end up with more dollars than hours she has been alive. The goal was to pay an admission fee ($829) for a camp where they teach how to program RPG’s. What will she do with the rest of the 15,037 (and counting) dollars is beyond me. I imagine she’ll swim in it like Scrooge McDuck…

WHOA! IT’S ALMOST AS IF WE HAD PLANNED THIS TRANSITION! The internet completely broke on Friday when Capcom announced the HD remake of the NES masterpiece, DuckTales. Someone in the Kill Screen offices claims to be able to beat DuckTales in a half hour. Soon enough we’ll be able to make him put his gold coins where his beak is.