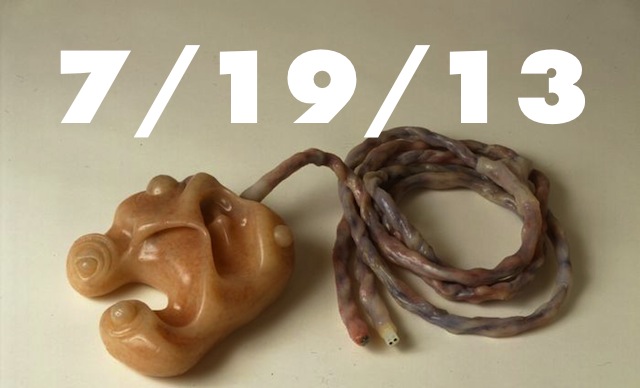 We refuse to see technology as something outside of humanity, something alien. We want to embrace our devices and accept and emancipate them as fellow life forms. All of our games are like our children to us.

—Tale of Tales, on Luxuria Superbia and other games

“[My dad] was incredibly supportive and allowed me to live here, paying for living expenses and charging no rent.”

—Alexander J. Velicky, a 19-year-old who spent 2000 hours building a Skyrim mod with 25 hours worth of new content.

Nintendo released its incorrigible charmer Earthbound for Virtual Console. Unfortunately, it’s just on Wii U and not Wii. Lucky for us, we still have our cart!

You remember the nutcase at the lake in Police Quest 3? That was a real one, and there’s still a California Highway Patrol badge at the bottom of it. I got a call about a body floating down the aqueduct, went down, and there was this big gathering of people down by the lake. I rolled the window down and asked if a body had come out, and this lady told me no, no body, but there was a crazy guy. So, just as I looked at my right, I saw this guy, completely nude, running up over the embankment towards my car. I figured if this was the guy who went down the concrete aqueduct, maybe his clothes had been ripped off of him, so I didn’t think too much of it. As he approached, I reached out and opened the trunk and I said, get in and I’ll give you a blanket… and he reached in my open window and ripped my badge right off my uniform and hurled it just as far as he could into that lake. That… pissed me off.

—Jim Walls, the real cop who made Police Quest

I don’t want all of my creations to be about men at war.

We did have more of a down, bittersweet ending for the game. But it was grating against what players seem to want… they wanted to “win.”

—Rhianna Pratchett, on the ending to Tomb Raider

Michael Angeli, writer of the Battlestar Galactica series, is working with Sony Santa Monica on not God of War. Isn’t there a Portlandia sketch about this guy?

Those were the days.

Have an awesome weekend!