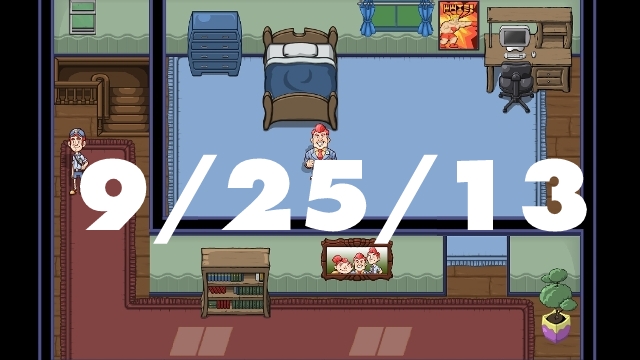 Mere months away from brand-new shiny consoles, we shan’t forget about Console #1 for many of us, the mighty NES. Pop Chart Labs gives us this vision of 8-bit Nintendo as stars forever shining in the sky. Sounds about right.

For aspiring developers or nostalgic ones, it’s good news for all that the entire archives of Game Developer Magazine’s 19-year run is now online and free to peruse. Seek out those Post-mortems on Deadly Premonition and Katamari Damacy.

Role-playing games have long been mired in the confines of fantasy. You are supposed to be role-playing, after all. Citizens of Earth wants to remind us of the days of Earthbound where, instead of knights and mages, you play as bakery owners and homeless guys. +1 panhandling?

Last week my store sold over a thousand copies of GTA V, at least a hundred of which were sold to parents for children who could barely even see over my counter.

One GameStop employee pleads with parents to consider the choices they make for their kids. No arguments here.

Myst is 20 years old. Weep privately for all that entails and read this through the tears.

At least Vanished, a new horror game on iOS (and free through October 1st), doesn’t even ask to use our eyes. The audio-only experience harkens back to old favorite Papa Sangre, if a little less Mexican.

LucaArts may be gone, but we can imagine what might have been with this demonstration of real-time rendering by LucasFilm. It looks like LittleBigPlanet meets Star Wars, with swappable characters and CGI overlays immediately visible without post-production. Maniac Mansion 2: A New Hope? Please?