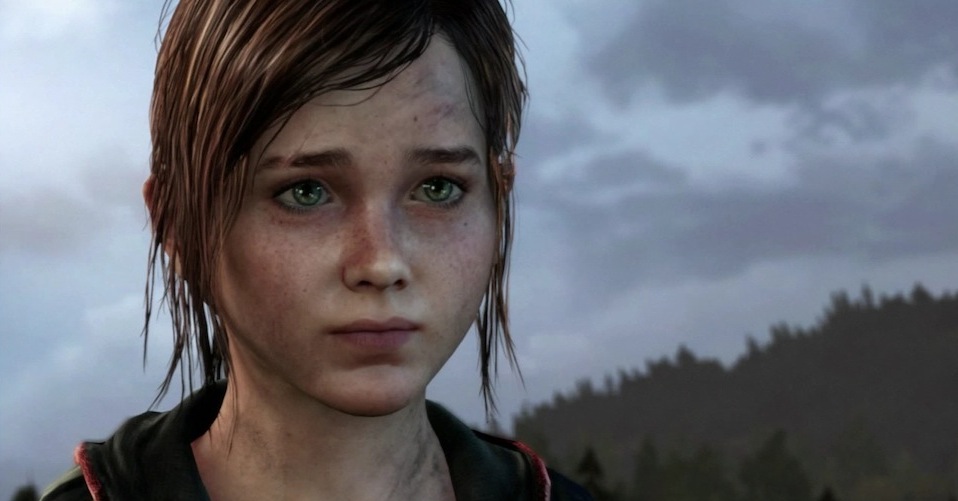 This article discusses plot details from The Last of Us, Burial at Sea: Part One, and Walking Dead: The Game.

The Jay-Z who wrote “99 Problems” probably never imagined he’d be rapping love ballads with his wife about their baby girl ten years later. But he is—they are. Take it as proof that slowly but surely, major rappers are embracing middle age. Any new culture reaches a tipping point after its pioneers grow up—it can’t all be bitches and money when your arthritis is acting up. Gang Starr pioneered “old man rap” on Moment of Truth but now that Jay-Z has incorporated adulthood into his music, it’s okay to boast an impressive art collection over, say, drugs and liquor.

Videogames are also experiencing something of a growth spurt. As game developers are getting older they’re making slightly different games. Justifying your life’s work, it would seem, just starts feeling more important after a wife and kid are involved. The dadification of games, which we witnessed last year in games like Bioshock Infinite, The Last of Us, and The Walking Dead, allowed developers to have their morality cake and shoot it too. And even though critics of the phenomenon weren’t totally convinced by its maturity, there’s no denying dadification has had a lasting and (maybe unintentionally) radical effect.

Neil Druckmann (creative director of Last of Us) often attributes becoming a father during production as a major source for the story’s gut-wrenching sincerity. At IDGA last year, he even admitted to having a secret agenda while writing Ellie. He wanted to help create “the coolest non-sexualized female videogame protagonist” ever, one that could serve as a half-decent role model for his newborn daughter. I think most of us can agree he succeeded, but there’s still an issue with calling Ellie a protagonist. Sure, she shares the cover art with Joel. Sure, the story is often interested in her. But while Ellie might’ve made The Last of Us great, Joel made it a viable videogame. The narrative couldn’t have existed without him, and the same can’t be said for Ellie. That’s pretty much true of every dadified story. Though comparatively innovative, they all still bear the conventions of a pistol-packing, middle-aged, chip-on-his-shoulder, badass-male protagonist. Which is about as revolutionary as rapping about a wristwatch.

Will the fruits of dadifiction’s labor be as triumphant in her very own game?

But this year, even that’s changing. The glorified escort missions of 2012-2013 bred an even more unlikely evolution: the rise of the teen girl. With the launch of season two of The Walking Dead and both Elizabeth and Ellie’s DLCs slated for imminent release, nontraditional protagonists in mainstream games are finally getting some traction. Now that our beloved daughter-companions are flying solo from the nest, the maturity of videogames faces yet another major test. Will the fruits of dadifiction’s labor be as triumphant in her very own game?

Well, let’s not get ahead of ourselves. Because it’s hard to say what was more disconcerting about Irrational’s Burial at Sea: Part One: Elizabeth’s uncomfortable default as the femme fatale in the Noir-esque return to Rapture, or the way she barks at you to “Get up—just get up” every time you die. One thing’s for sure, she won’t be twirling around on a boardwalk with you anytime soon. Instead, the somber waltz you’re both forced into by Sander Cohen pretty much captures our new relationship with Liz: inappropriately sexual, obviously loveless, and unavoidably jaded. Clem didn’t provide us with much more comfort either. Her eager, high-pitched exclamations of “Lee!” are a thing of the past. Her voice rests at a level monotone now, heavy with the weight of what has been lost. At times she encapsulates all that we tried to protect her from last season: a stone-cold survivor, desensitized to death and suffering. Her humanity is shot.

So these introductions to daughter-companions as protagonists have been awkward, to say the least. We’re much more accustomed to Clem or Elizabeth as objects of our affection than people with actual agency (our agency, when they become playable). They were the light in our dark hearts, and now they’re murdering people. This can surface as unbearable. Developers aren’t as practiced at telling stories of young women, and there’s much more established ground for middle-aged men murderers. Should combat be reconsidered? Is the audience different? How do things change when our daughters are the ones doing the dirty work? Let me rephrase: I find death sequences really hard to stomach when it’s Clem getting her throat ripped out.

But the more I think about it, the more this discomfort feels like exactly what makes these games so important. I wouldn’t blink twice if I had to watch Lee suture his own arm—for fuck’s sake, I watched him cut the thing off last season with no complaints. Yet some reviewers went as far as calling Clem’s equivalent exploitative. Questioning TellTale’s integrity is one way of going about it. But a more pertinent one might be to question our own discomfort. Because in worlds like The Walking Dead (and many other videogames), narrative relies on the language of gore, death, and hardship. Equal treatment for young female protagonists might seem especially unpleasant in that context. But the alternative sends a clear message about who has a place in videogame worlds, and who doesn’t.

There’s more to the maturing of a medium than adulthood variations on established conventions.

Scrutinizing gut reactions experienced while playing these games is key to doing them justice. 2014 won’t just set a precedent for non-sexualized female stories in videogames. It’ll also set the tone for how people talk about them. Judging from previous incidents (I’m looking at you, Tomb Raider rape scandal) it won’t always be the easiest thing for the videogame universe to handle with grace. But there’s a lot at stake in trying. Because there’s more to the maturing of a medium than adulthood variations on established conventions. Growing up isn’t always fun. More often than not, it’s about questioning things you never thought to before, feeling ashamed, making mistakes. It’s an exhausting marathon of trial and error. But the payoff, I hear, is pretty indispensable.

In a lot of ways, videogame worlds act as equalizers. A videogame avatar is much less capable of being othered than protagonists in other mediums. As Chuck put it in the last season of Walking Dead: “You gotta consider her a living person, that’s it. You’re either living or you’re not. You ain’t little, you ain’t a girl, you ain’t a boy, you ain’t smart or strong. You’re alive.” In games, characters are either playable or they’re AI. Your avatar isn’t a girl, a boy, smart, strong, black, or white. She’s you. Last season, I’d only remember I was playing as a black man when people like Kenny would call me things like urban. And that one throwaway moment taught me more about micro-aggressions than any film, book, or blog post could. In season two, male players were introduced to a choice: take advantage of the innocent-little-girl card, or keep your integrity. It’s something every little girl has had to deal with, and it’s about time men got to experience that difficulty. Videogames can do crazy things like force you to view yourself as just another person while the rest of the world sees a black guy or a little girl. TellTale didn’t shy away from using that tension to deliver an affecting experience. And we can’t shy away from feeling those effects, especially when they’re unpleasant.

Fatherhood helped Neil Druckmann see the world through his daughter’s eyes, and it’s clear how Ellie (and the game itself) benefited. But I think he’d also be the first to admit that The Last of Us, while brave and daring, wasn’t the best videogames could do for her. During his keynote at IDGA, he went on record to clarify what those infamous last two syllables meant to him:

“It’s Ellie waking up for the first time, waking up and realizing she can’t rely on [Joel] anymore. While she loves him for what he’s done for her, she hates him for robbing her of that choice. She knows that she has to leave him and make her own decisions and mistakes.”

In the most basic sense, dadification robbed every daughter-companion of her choice. Because regardless of strong characterization, these girls were still (mostly) unplayable algorithms programmed to tug away at our heartstrings. And to me that sounds a lot more like exploitation than Clementine having the gumption to stitch up her own arm with a sewing needle.

Don’t get me wrong; dadification has done great things for videogames, for us. But I know we have to leave him to make our own decisions and mistakes. As fathers, we failed—and that’s nothing to be ashamed of. Like real fatherhood, no matter what choices you made or how hard you fought, innocence would always be lost. The impulse to keep our daughters in the dark (read: innocent) did nothing but drive them away. They refused the romantic, antiquated ideals we expected of them. I see the potential for video games to grow up reflected in Clementine’s wearied, discerning eyes. “I killed him,” she intones, informing a fellow survivor of what happened to her last guardian. My psychology-senses tingled even more when Burial at Sea: Part One ended with Elizabeth’s cruel, vindictive face smeared in our blood—a father’s blood. I sensed the maturing of games when Ellie got to have the last say, when we played as her leading up to that notorious cutscene.

As Freud would have it, the father must die in order for the next generation to assume his mantle. And from what I can tell, she’ll be packing a lot more than just a pistol this time around.