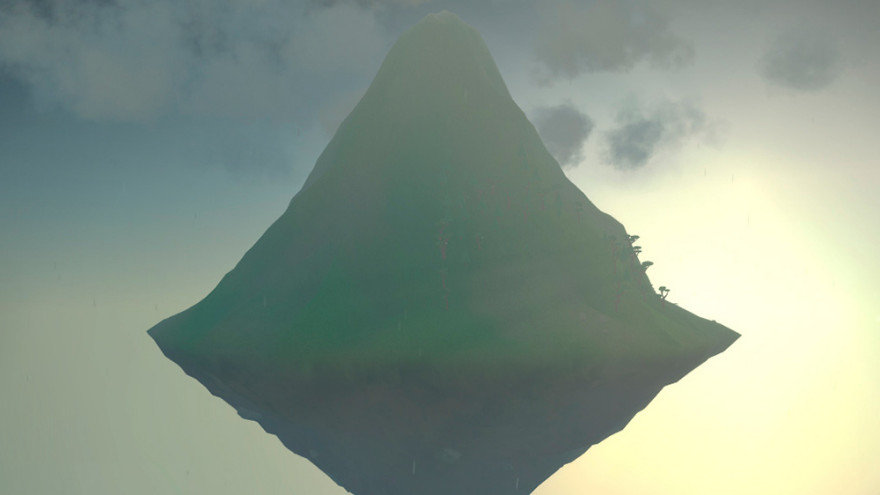 Director and animator David O’Reilly surprised us with the announcement of a new simulator called Mountain earlier this summer. It absolutely came from nowhere and is yet another demonstration that sleepy world of games is attracting new blood. Creator of The External World, O’Reilly has quietly announced that Mountain would be available on July 1st for Mac, PC, and possibly iOS.

O’Reilly originally described Mountain as “more psychologically invasive than Facebook,” but after recently revelations that Facebook researchers have been manipulating our moods in the name of science, this is clearly cause for concern. Mountain will ask you questions about your hopes, fears, and dreams, and you must turn your answers into drawings. Think of it as a Montessori twist on Joseph Weizenbaum’s ELIZA program, only drenched in the clouds of the Sierras.

“We as humans feel all big because we build great things but the fact is that mountains dwarf us,” O’Reilly said after the announcement. Indeed.

Check our interview with David from the Virtual Reality issue of Kill Screen #8.