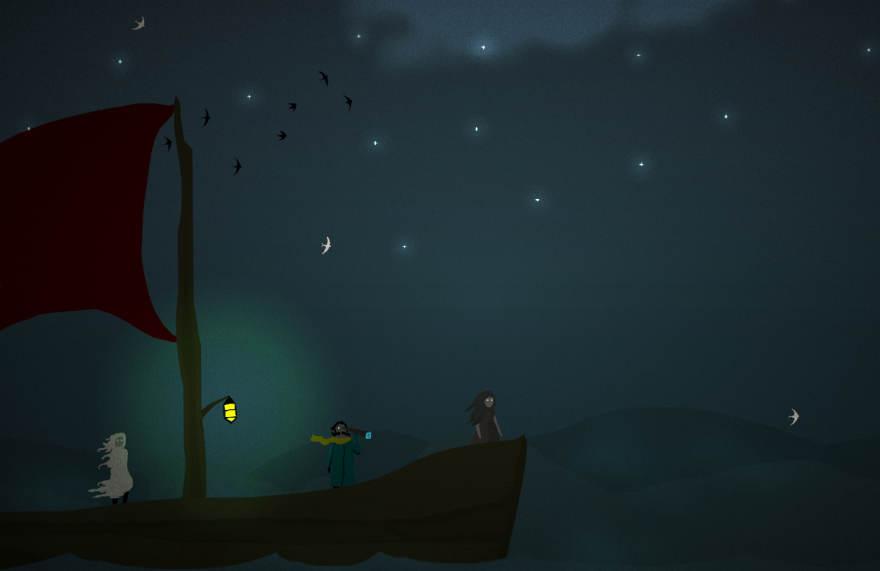 Though often marginalized in favor of flashier words like “graphics” and “gameplay” and “fully-immersive-like-for-real-this-time,” sound design can be one of the most gripping parts of a game. Just ask anyone whose hackles are automatically raised at battle music from an RPG, or who’s spent sleepless nights ducking away from incorporeal whispers in a horror game.

One of my all-time favorite moments in videogames was at the end of Kentucky Route Zero’s (2013) interlude The Entertainment, where the low buzz of electric lights is your one warning before the Hard Times boys come to collect. We often think of video games as a tactile medium with visible support, but you can’t denounce the charm of walking through grass that rustles as you touch it, or the satisfaction of the metal slide of a sword unsheathing. Of course, there are games at the other end of the spectrum that draw their gameplay and motivation from music: Panoramical (2015) comes to mind, as well as the well-worn classic Rez (2001).

“Are there goblins in the woodshed?”

Somewhere between games that contain music—so, every game that has a soundtrack—and Music Games™ is The Edgelands, an atmospheric adventure game funded by Failbetter Game’s Fundbetter project. One of the first five games to come out of the program, The Edgelands is, as put by developer Andre Bosman, an “Uncanny Rustic Adventure.” At its simplest it’s a game about myth, about exploring the in-between spaces that may or may not contain something we don’t quite understand. Bosman uses the allegory of a woodshed full creatures: “Are there goblins in the woodshed, or is it just weasels? Why are the weasels looking at me like that? Perhaps they are goblins after all.” He aims to create an air of uncertainty—aided, in no small part, by what he calls the game’s “soundscape.”


Bosman is a musician under the name Hoofus, and has been working with the eerie for years. His music is a chilling but compelling experiment with industrial sounds, strange enough to make you sit up straighter, and sounds just like the “dream-like blurring of the ordinary and supernatural” that he’s advertising in The Edgelands.

In his first devlog, he elaborated on how ambient interactions will add to the atmosphere already created by the music, with the opportunity to interact with your environment in simple ways—startling a bird or a squirrel, looking under rocks—accompanied by quiet sound effects designed to blend in with the vibe of the game, not distract from it. What is left is the mood created by this combination, and how it escorts you as you poke around the unreal world, an audial reminder that the seam between myth and truth is not quite strong enough to be seen.

The Edgelands is set for release in early 2017: check out its Steam Greenlight campaign.