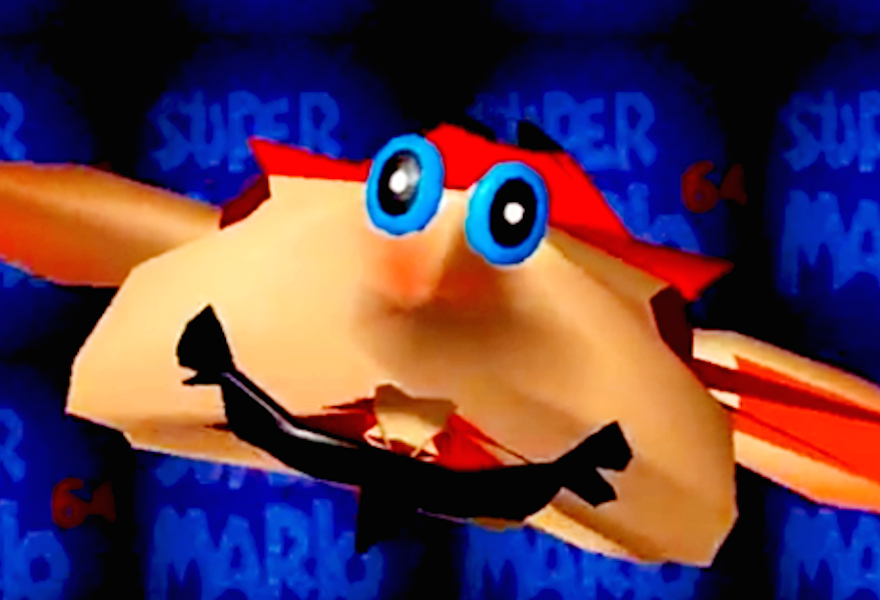 Let’s face it, Mario doesn’t make much sense. He’s an Italian plumber living in a fantasy mushroom world which is populated by living toadstools and constantly under attack from a turtle dragon. Fans usually excuse this psychedelic setting out of an appreciation for the series’ gameplay and an exhaustion with how often it’s brought up by jokesters, but that doesn’t mean the topic isn’t worthy of discussion. Many have attempted to explain Mario’s weirdness through careful dissection, but others prefer a different approach.

Perhaps the series’ most iconic power-up, the super mushroom allows Mario to grow larger and take an extra hit. It’s also been the butt of many a joke which attribute the bizarre nature of the Mushroom Kingdom to Mario simply being on a shroom-influenced trip.

For years, all fans could do was snicker at this coincidence, but with the release of Super Mario Maker, Nintendo has given them the power to make their joke a reality. “I am going to create levels when I am under the influence of [a] series of different drugs,” writes Reddit user waytoogeneric on the r/drugs subreddit. “I made my first level tonight. It may be sort of dull, I wasn’t on anything too exciting (5mg of xanax and 40mg hydrocodone)”

I will be using LSD, DXM, coke, aderall, shrooms, etc

The resulting level, fittingly named Alpracodone, is a surprisingly cogent ghost house puzzle course (pic below), but things are set to become much more out there once waytoogeneric gets to the rest of their stash. “I will be using LSD, DXM, coke, aderall, shrooms, etc,” he explains, setting the stage for a bevy of future levels which will finally show us what the Mushroom Kingdom would look like if it really were a drug trip.

You can play waytoogeneric’s level by inputting the code 88AB-0000-00A2-3FFC into Mario Maker, and you can also suggest additional drugs for him to use while creating levels over on r/drugs.