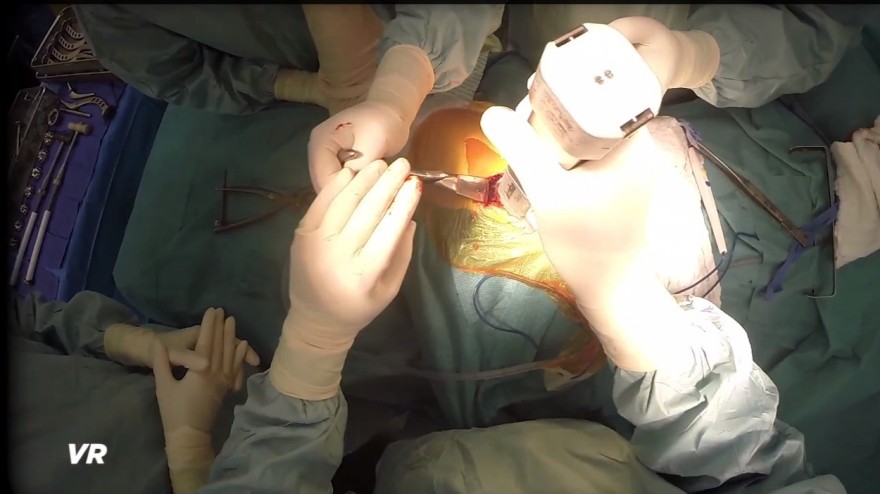 When my fiancé was in college, she shattered her kneecap while carrying groceries. She’s fine now, but only because her surgeon invented a new procedure to keep her from walking with a limp. But passing on that information can be difficult for surgeons, specifically, because much of that knowledge is wrapped up in the person created it, even with sufficient documentation.

“Surgery is an art,” says Dr. Thomas Gregory of European Georges Pompidou. “It’s a difficult art because you only realize what it is when you do it yourself. When you’re a surgeon in training, you’re rarely in the place of the primary surgery.” But now that Gregory performed the first surgery captured in virtual reality on earlier this summer, new surgeons are going to be getting some help.

Funded by the Moveo Foundation, the surgery is part of foundations larger goal to implement new technologies into the medical practice. They worked with researcher Rémi Rousseau, an engineer who graduated from the Ecole Polytechnique and worked with medical companies like Essilor, bioMérieux, Sanofi and the French Society of Radiology.

Rousseau placed small cameras on the operating surgeon’s head to record the process and the video is then translated into a virtual reality experience. Surgeons in training, while serving in the operating room, are focused on a host of tasks which makes it hard for them to concentrate. This playback will allow them to see what a process looks like first hand and could be used for medical students who may not have access to a live surgery at any moment.

We already know that surgeons who play videogames perform better at their tasks so it’s nice to see the process come full circle. (Also, Surgeon Simulator!)