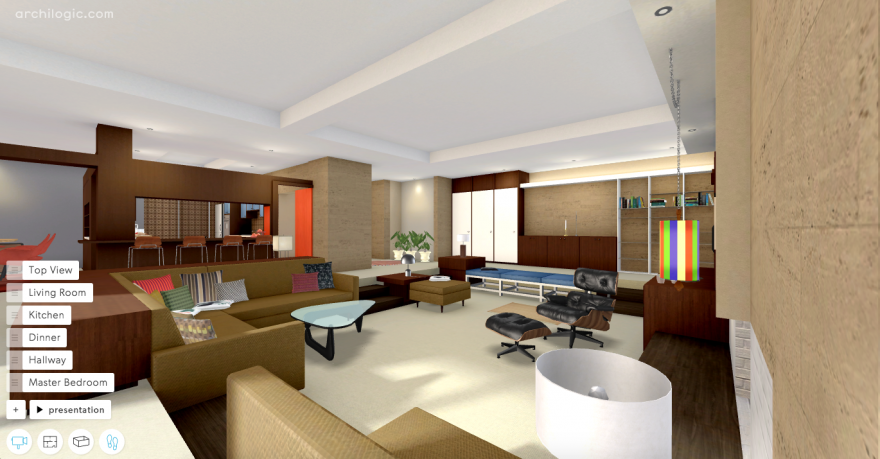 Don Draper, John Hamm’s suave protagonist in the dearly departed series Mad Men (2007-2015), didn’t so much as work in advertising as embody the field. At an instinctive level, he understood that aspirations wrapped up in objects need to be made tangible, and that advertising is a means to that end.

The Draper home, then, was a central part of the man’s riddle. It wasn’t a showroom—no home ever is. Carpets don’t stay white forever. But if it wasn’t simply there to sell its contents, it was still there to sell an idea or a lifestyle or—failing all that—the man himself.


That goes a long way towards explaining why Don Draper’s apartment feels so strange when rendered in 3D. You can visit if you have a second; it’s on the website of a company named Archilogic, which promises to “turn your floor plans into 3D virtual tours.”

So it does. You can walk through the apartment’s stylish halls, the jerky navigation roughly emulating Don Draper’s drunken staggers. It’s all a bit cold, really—colder than the lived-in version, which is hardly a paragon of domestic warmth. The edges are crisper and the surfaces are harder. If this is life in 3D, it isn’t exactly hospitable. For good measure, you can click on the various pieces of furniture and find out where to buy them. One can’t help but suspect that Don Draper would be proud of that.

Archilogic isn’t advertising per se; it’s architectural visualization. Po-tay-toe/Po-tah-toe. Architectural visualization, like advertising, seeks to get around the limits of the layperson’s imagination. Not everyone can look at a blueprint and see a lived-in space, just as not everyone can look at a list of specs and see their new family car. So we tell stories, we visualize, anything to make the future seem tangible. Insofar as we cannot all read blueprints or extrapolate from spec lists, such information isn’t entirely unhelpful. The world, however, always seems to be crisper in 3D visualizations and devoid of human complications.

That is how buildings on popular design blogs come to have trees perched on their balconies. Sure, why not? The ArchViz aesthetic, even when applied to Christian Grey’s house, is meant to evoke possibilities but ultimately flattens the world. Each tour and house comes to look the same. You may not be stumbling around the house with Don Draper’s drunken nihilism but, in a sense, Archilogic’s tour will do the trick.