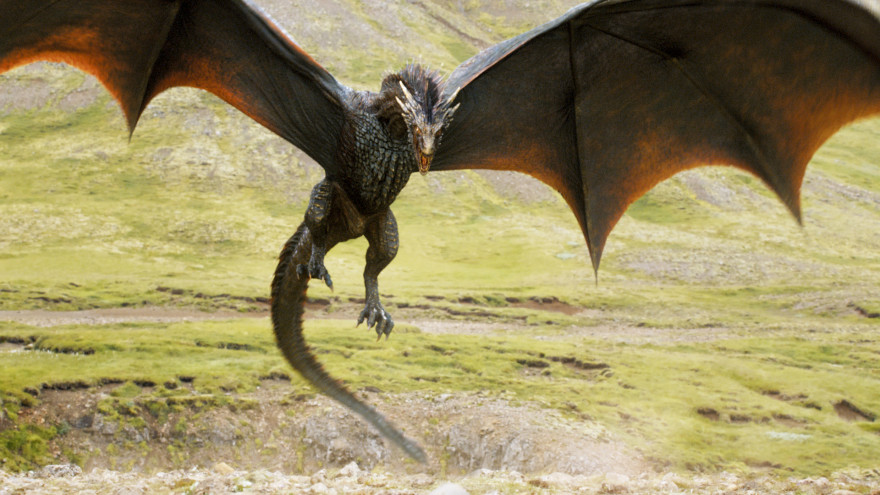 A Google Maps Easter Egg popped up recently that many television and book lovers are sure to enjoy. As these hidden jokes usually relate to popular culture, it’s no surprise that this one features HBO’s Game of Thrones, as there’s nothing more popular right now. Like all Easter Eggs, this one is hard to discover, but not impossible.

In the series, Daenerys Targaryen, daughter of the late usurped king Aerys Targaryen, is gifted three dragon eggs as a wedding present. When they hatch, the dragons appeared weak and it was unlikely that they would even survive. By season four, however, the dragons are monstrous creatures that are capable of eating livestock and people alike. Fans of the hit book series, from which the television show was based on, also know that Daenerys eventually rides the dragons across the sky. As there are no cars in the fictional seven kingdoms, dragon-back is undeniably the fastest mode of transportation. And in a nod to the series, Google Maps’s new Easter Egg gives users the option to travel by dragon.

When users search for directions from Snowdon (Winterfell?) to Brecon Beacon (King’s Landing?), available travel options that appear are car, public transportation, walking, or dragon. The 122 mile journey, which would be 3+ hours by car, takes a mere 21 minutes to complete by dragon. Because a search for directions between these two locations isn’t the most probable occurrence, the Easter Egg wasn’t an easy find, but that’s all part of the fun. This begs users to questions the distance of other dragon-back trips, but right now the egg only works between these two points.

Also of import, any residents of Wales (whose flag also pictures a dragon) that happen to be enslaving people should be weary, as Daenerys has promised to break chains and fight injustice everywhere.

This post was originally written by Tiffany Nesbit for PSFK.