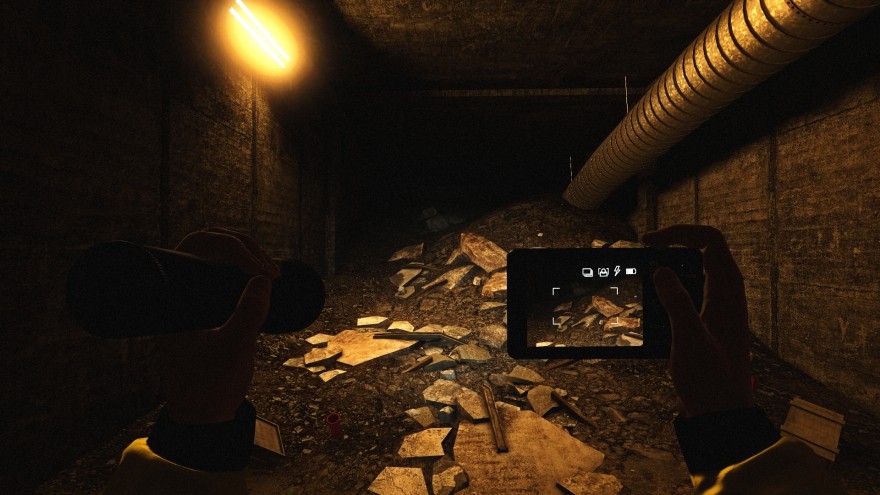 In the face of professional pressures, the profit motive, and a basic desire to survive, what can average citizens expect of the poor souls who inspect public infrastructure?

This unfortunately timely question is at the heart of Loiste Interactive’s INFRA, which is out now for Windows. You play as an engineer tasked with examining the structures in the city of Stalburg. You are competent though not exceptionally motivated. This is a job, not a crusade. While carrying out your professional duties, however, there are some things you can’t help but notice. Namely, the whole city’s going to shit. Structures are crumbling and if nobody’s been harmed yet, it’s only a matter of time until everyone’s luck runs out.


There is a relatively clear solution to this problem: fixing these structures. But talk of solutions is softer and more malleable than the relatively concrete question of whether a piece of infrastructure is deficient. Problem solving is less binary than the engineer’s evaluation. Indeed, while attempting to complete routine inspections, INFRA’s protagonist tumbles into a world of intrigue. Stalburg’s infrastructure is only in its current decrepit state because of political decisions (isn’t that always the case?), which means structurally unsound buildings aren’t the only things you have to fear or run from.

This is a job, not a crusade.

Games are not easily made. They take time to produce. Consequently, developers can hardly be expected to anticipate the exact context in which their game emerges. Timing is everything, but also uncontrollable. INFRA, for instance, came out the same week that the unacceptable condition of the drinking water in Flint, Michigan, came to light. In a sense, this was not news. Flint had switched its water source from Lake Michigan to the Flint River in 2014. “”We go from the freshest, deepest, coldest source of fresh water in North America, the Great Lakes, and we switch to the Flint River, which, historically, was an industrial sewer,” the area’s congressman, Rep. Dan Kildee, told Rolling Stone’s Stephen Rodrick. Like far too many urban tragedies, Flint’s was long gestating, reasonably foreseeable, and largely avoidable. But it is now news. A state of emergency was declared on January 16, which is meant to speed up measures that will address the dangerous lead levels in the city’s drinking water. The state of emergency was declared just 24 hours after INFRA’s release.


Both the game and the situation in Flint raise questions about what can be expected in these sorts of situations. “Over the winter, e-mails obtained through FOIA requests…revealed that the problem with Flint’s water could have been addressed months earlier if the state hadn’t ignored red flags raised by administration officials,” Rodrick reports. The situation in Flint was not a complete mystery. Therein lies much of its tragedy. Yet warnings were ignored. So what was to be done? The videogame world of INFRA leaves open the possibility of action. Its narrative is structured in a way that suggests a lowly functionary, despite being at a disadvantage, might indeed take on the system. That conceit is necessary for a videogame like INFRA to work. With respect to the efforts of functionaries who did note the problem, that conceit is sadly far too fictional.

You can purchase INFRA on Steam right now.