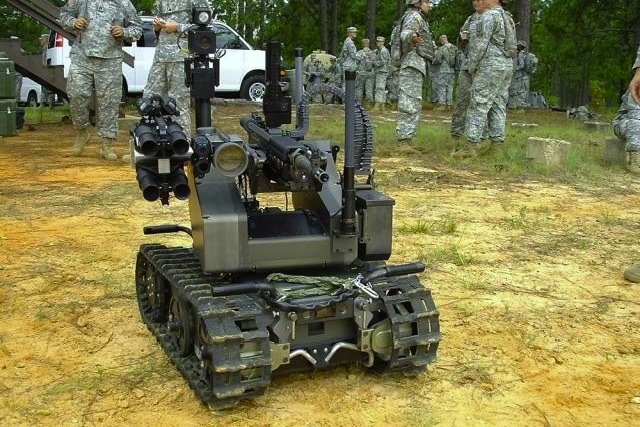 The topic of banning deadly, autonomous robots is on the table in Geneva, meaning that Kill Screen’s plan for world conquest is temporarily on hold. Foiled again.

But seriously, this is important stuff. The UN convention on Certain Conventional Weapons (read: killer robots) is a preliminary step on internationally outlawing any weapon that, once activated, can engage targets without a human controlling it, like drones that electrocute you, and possible these real-life aimbots, and that terrifying piece of machinery in the header.

The findings of the 4-day meeting on the humanity or lack thereof of autonomous killing machines will be presented to the convention by Ambassador Jean-Hugues Simon-Michel of France in November. And while it should seem obvious that gun-toting robots are bad, there is an argument to be had. Specifically, they could reduce the number of human casualties. On the other side, they’re killer robots.