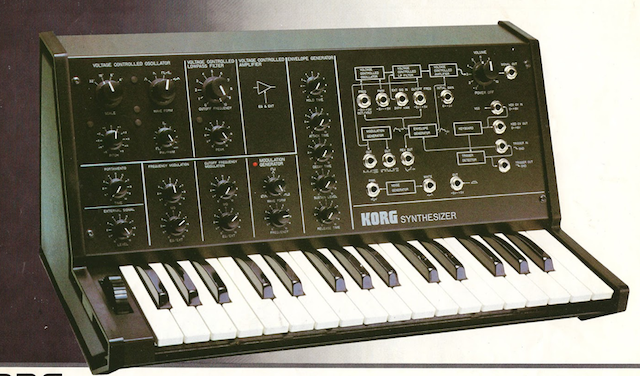 In the dominion of analog synths, the Korg MS is iconic as they come—a black and white keyboard with an upright console of knobs towering above.

The Korg M1, not so much. But looks can be deceiving. While the M1 was a standard keyboard, it sonically outperformed its accordion-shaped older brother. The sound was classic 80s. Think the Drive soundtrack and Depache Mode and you’re getting there.

Now, the Korg M1 gets it’s turn in the limelight, as Korg M01D was released to the 3DS eShop today. It offers 24 voice-polyphony, 300 samples, a KAOSS mode, and a lot of other technical options that only someone who is way above jamming out on a portable system would care about.

The Korg line originally came to the DS because of similarity in design. The clam-shelled handheld when opened at an angle resembled the shape of the MS. The touchscreen could be used as a touchpad, obvious, but also as a keyboard. Twas good fun, but something gets lost in translation when you have a d-pad and buttons instead of all those knobs and cords.