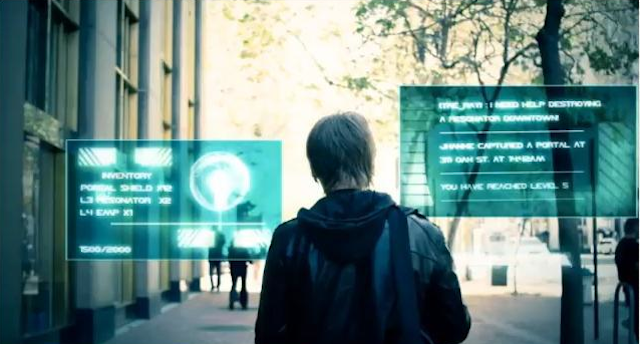 With the coming of age of wearable computer technology like Google Glass (and not like this), the use of augmented reality is posed to accelerate by a lot in the coming years.

A new report predicts a “paradigm shift” where AR use will expand by 333 percent by the year 2018, increasing from 60 million to 200 million regular users.

Exactly how one goes about predicting a paradigm shift isn’t clear, but the increase in usage will definitely affect a wide variety of apps, from social media to communication, “breaking the digital-physical wall [by] allowing a digital representation of a person to appear in the users surroundings,” according to the report. Well, we’ll see about that.

Until Google Glass came along, playing games in augmented reality was inconvenient, requiring players to hold camera-equipped handheld systems and tablets up to their faces, or rig up cameras exactly in the right position, as with Sony’s EyePet.

But augmented reality has plenty of potential, from geo-location games, such as the cyberpunk life-hack Ingress, to acting as a second screen, as seen in this hack of Grand Theft Auto 3.

The downside is right now Google Glass still looks like a less intense version of the Star Trek VISOR. Ah, if only Chanel made smart glass frames.