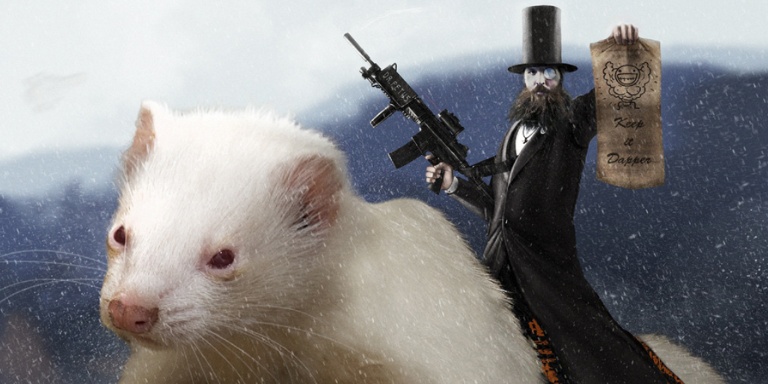 A video posted in January 4th, 2012 shows Matthew McKnight talking to his computer about how he just quit his job in order to broadcast full time on Twitch.tv. Midnight will mark night one of something called The Two Year Live Stream Challenge. Matt has the flu – a bad start. He is sitting in front of these white shoji screens which, along with the florescent lighting, make his freshly-shaven face look pale and cratered. “It’s a really good feeling,” he says, stuffed up and swallowing in pain. “There is nothing standing between me and my goals.” He’s just a guy with Internet goals. The whole thing is sad the way it maybe should be when someone says with no shortage of conviction that they plan to play videogames for the next 731 days.

Cut to January 5th, 2014. Day 731. The shojis have been replaced by dark wood panes superimposed onto a green screen. And Matt has been replaced by someone who looks like a cross between a lumberjack and the AV guy at your community college. This is Lethal Frag. He wears reflective aviator sunglasses and a top hat. He pulls Cheez-Its out of his enormous beard and fires finger pistols into the Logitech webcam (an official sponsor). The chat box, meanwhile, has lost its mind. People are spamming custom emoticons of his likeness. They love him. They keep saying so. Some admit to crying. There are over 16,000 watching live. It’s Dapper Time, see. It’s Frag’s victory dance. He does it after every successful Binding of Issac run. And this is the final Dapper Time of what Frag’s 100,000-plus Twitch followers have come to know as The Challenge.

Forget, for a moment, about major league gaming channels streaming tournaments with suit-and-tie announcers to some 80,000 people worldwide. Look underneath the League of Legends sessions and Call of Duty Prestige runs and you’ll find a subset of streamers carving out a legitimate space for themselves —a space where the streamer is as much, if not more, of a draw as the game. They’ve built a following not on the games being played but on on the cut of their jib, chat interaction, personality.

There’s Man vs. Game, with the frat house confidence and accompanying haircut of an ESPN pundit. Or ShowVideoGames, an 18-year-old married couple who broke into the scene by streaming Pokemon X and Y for 720 straight hours. DansGaming lives somewhere in the middle. His average mid-30s malaise makes him an accessible but forgettable watch. And of course, Frag, who until this past January 5th streamed indie titles every single night for two years. They all can be found shrunk down into the corner of their play screen, like some in-game support programmed to pop up and give tips. But instead of “do a barrel roll,” they offer shout outs to new subscribers, or people who pay monthly fees for special benefits, such as access to custom stream emoticons.

With the Twitch platform having so thoroughly streamlined financial incentives for broadcasters, and the live streamer as a fixture in gaming already so self-evident, maybe we haven’t taken the time to stop and ask ourselves, “Is this weird?”

Lethal Frag, an ex chef and single father from Washington state, had been very open about the reasons he decided to embark on The Challenge. The rules became a sort of mantra. Says Frag himself, from his Twitch FAQ page and blog:

Stream every night for at least two hours.

My goal was to build my channel to the point where livestream broadcasting would become my primary source of income.

I only play games that allow me to interact with the chat.

It sounded simple enough. Hearing him explain how you must go big when trying to make money on the Internet was even somewhat reasonable. But had The Challenge played out as just Matt from Washington trying to live the 12-year-old boy’s dream of playing videogames for a living, the whole endeavor may have died on the vine. Instead, what happened was a teeny tiny revolution; something, somehow, along the lines of a hunger strike: a masochistic exercise, with both zero stakes and all the stakes in the world. And that has everything to do with the type of man Frag turned out to be: the perfect poster boy for these micro-celebrities and the people who just want a piece of them.

I came upon Frag in the Summer of 2012, about half a year into his challenge. I was interested in the game Binding of Isaac, a sort of bastardization of Legend of Zelda done by the indie duo Team Meat. Frag was streaming Binding of Isaac almost exclusively at this point. He was on a run, en route to a 100-0 record. That record has since been demolished, most notably by the Frag clone CobaltStreak (who, with his own Dapper Time ripoff, puts on a Darth Vader mask and drums on the dome every time he competes the game). But at the time this was all new, and compulsively watchable.

His stream was less twenty-something-in-his-living-room and more cave of insomniac computer gaming. Part of The Challenge was that Frag would not trim his beard or cut his hair for two years. Seven months in he was already venturing into Monte Cristo territory. We’ve all felt like he looked: ragged, greasy, bags under the eyes, bathed in that corpse-blue light of the monitor. But he was doing this to himself night after night after night. He was our bearded Id, succumbing to the desires of any working adult who, like me, has ever said, “All I want to do is play videogames.” Here was Frag: here was what that would look like.

And Frag was the perfect recipient of both admiration and pity. A stickler for rules, the channel became a world of his particular vision. The games were always going to be difficult indie titles like Faster Than Light, I Wannna Be the Boshy, Super Meat Boy and, of course, Binding of Issac. He approached each with calculated, obsessive strategy—the way many wish they have the patience to do. There was always going to be an appearance from one of his two ferrets, his “long cats.” There was always going to be Dapper Time. As the stream grew, so did its content. He started Cooking with Frag on Sundays, where he’d set up multiple cameras in his kitchen, a rare look into the Frag house outside of the gaming cocoon, and teach viewers how to carve a chicken or make a fruit plate. At some point he began offering his Final Word, an inspirational thought or quote to end the night. More than anything else, Frag wanted to maintain a positive community within his chat.

He explained all of this while choking back tears. These were his people. They validated him, as he validated them.

There was also something sad about all of this. Over the course of The Challenge Frag continued to withhold himself in order, it seemed, to maintain some sort of control. He stopped drinking. In the early days he smoked an e-cigarette contraption, but eventually quit that too. Both smart cutbacks for someone spending so much time sitting in front of a computer (read: all of us). But then in a July 31st, 2013 broadcast he announced he was leaving his streaming crew, Look At My Gaming, because he could no longer have friends in real life. In an even more heartbreaking announcement, one Frag looked back on as the most difficult of The Challenge, he revealed his decision to make his chatroom subscriber-only, because he could no longer control the growing number of people tuning in. He explained all of this while choking back tears. These were his people. They validated him, as he validated them. But he had been forced to remove himself further just to maintain a comfortable space, in order to have friends the way he wanted to have friends.

This is conjecture, of course. Perhaps unsurprisingly, Frag did not respond when I reached out to him via email. At that point he had both Logitech and Amazon sponsorship. His followers had breached 100,000, with around 4,000 tuning in every night. He had less than a month to go. The Challenge was all but over, his goal of making a living off streaming now a reality.

Is it weird that thousands of people will watch a speedrun of Mario 64 while trying again and again for an on-screen response from the broadcaster? Yes. Yes it is. But only from the outside-looking-in, and not in any new way. It’s weird the way the Internet is weird. Twitch is just another venue that brings people together around a common interest while also ensuring they remain separate. What livestreaming provides is a figurehead that transcends the anonymity of the Internet: a celebrity/professional athlete/evening news anchor, there to amaze, to entertain, to inform and, ultimately, perform interactivity without the commitment of a two-way relationship. In this way Lethal Frag is the perfect example of this new type of Internet Famous. The Challenge wasn’t just a quest to make money via gaming. It was a journey of self-actualization that began not when he finally stepped outside of his bubble, but when he chose to dive in further.