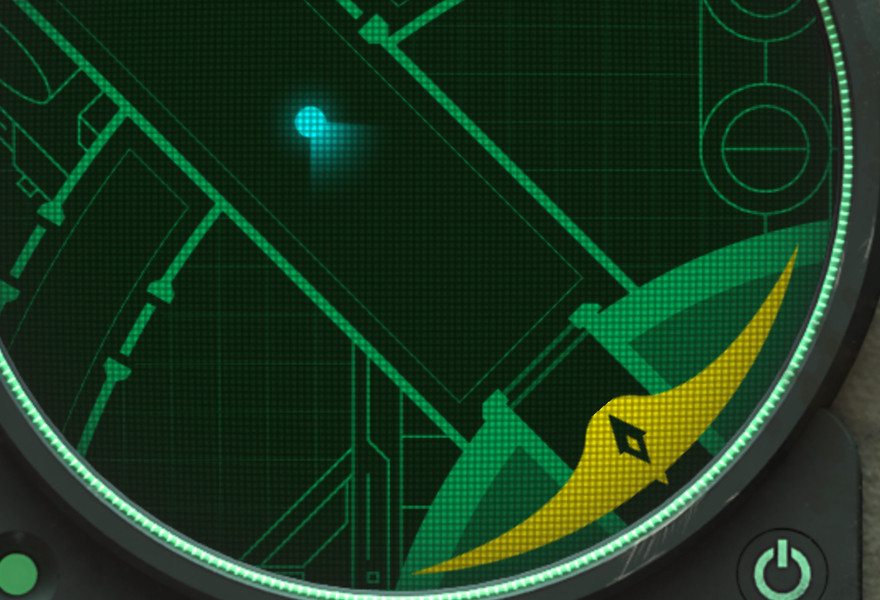 Alone, afraid, and adrift in the endless expanse of space. It’s a simple premise that lends itself to dozens of horror narratives, not to mention emotions like isolation, desperation, and hopelessness. When something goes wrong in space it goes astoundingly wrong. There’s no roadside mechanics, no cell reception, and no one can hear you scream. It’s a simple premise that’s given us Alien, Event Horizon, Dead Space, the System Shock games, and now, Mayday! Deep Space.

Mayday! Deep Space plays like the radio drama version of any of those. Somewhere out in space you receive a call: a desperate man has taken refuge in a storage locker aboard a ship besieged by violent shells of humans. They’re fast, mean, not particularly bright, and probably dripping with space ooze. It’s your mission to guide that helpless man through the ship with nothing but the sound of your voice and the map in your hands.

The wonderful thing about Mayday! Deep Space is that true horror can really only exist in the mind of the player. The man describes the conditions of the ship, torn asunder by some battle and the monsters that stalk the hall. Any veteran of the space horror subset can easily see the halls, marred and battered by a struggle. Perhaps blood drips down the metallic walls while leaky steam pipes occasionally spray and fluorescents flicker above. Maybe the floor is some kind of metallic grating, where all your footsteps reverberate throughout. The man describes the scene and the mind of the player can assemble the ship in her mind from dozens of other works. Many videogames rest on shared cultural reference points, but Mayday! Deep Space relies upon it to a singular degree.

“Go left,” I tell him. “Stop. Turn around. Go forward.” I command. Sometimes he listens, sometimes he doesn’t—and that’s good and bad. Anyone who awakens in a storage closet on a ship beset by monsters is bound to be more than a little sensitive to taking directions from a person they’ve only just met. Why would anyone trust the voice at the end of the radio? Because they have to.

Why would anyone trust the voice at the end of the radio?

Thus, his hesitance to follow my simple and explicit instruction is not without basis. But that doesn’t stop it from being annoying. In fact, most of the time it is. “Turn around” often makes him take a left. “Slower” will sometimes bring him to a complete stop. I’ve been accused of speaking too quickly and slurring my words before, but never when a monster was on the verge of tearing me limb from limb.

It’s a triumph of the game’s mood and pacing that I nevertheless wanted to protect the man, even though it felt as though he had no desire to protect himself. I wanted things for him, wanted to keep him safe. This is the rarely explored power of voice: speaking to a character with your own actual voice connects you to them, forges a bond. And as the game goes in, the furstrations subside. The music kicks in, driving a sense of urgency.Here, at last, all those wrong turns make sense: he’s terrified, making the same mistakes any of us might. Danger closing in from all sides, the situation rapidly deteriorating, suddenly everything feels right, even if our shared sense of direction is only getting worse.