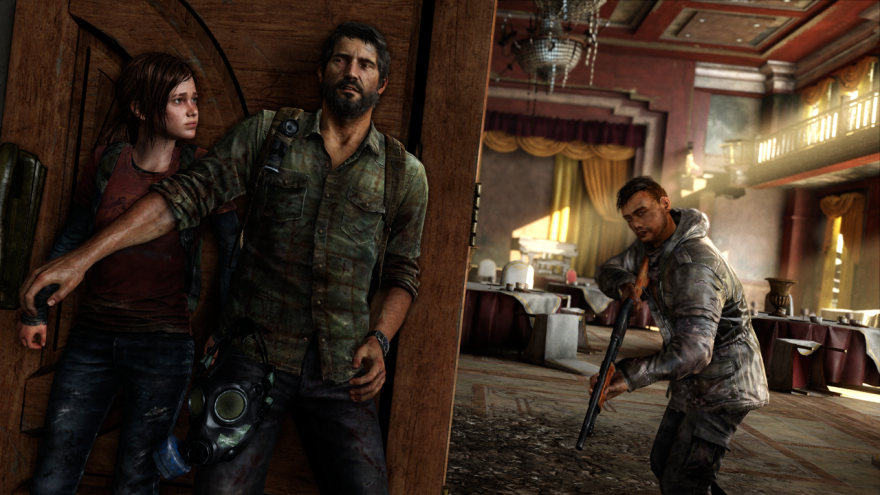 The Last of Us is an ice-cold, hopeless, and harrowing bloodbath through an ugly, post-infected America, and one of the best games of recent years. It’s also been the source of controversy, with some critics complaining that it was too grizzly and violent. All this moralizing momentarily caused the game creators to strip any violence whatsoever from from the new DLC Left Behind. Then they thought about it and went: naaah.

Here’s Neil Druckmann’s spoiler-heavy explanation of why violence is in fact crucial to his vision:

What if there were no infected in this game? What if there was no combat at all in this additional chapter? And we feel like we would lose something that’s really integral to The Last of Us, which is that contrast. The giraffe sequence works because of all the horrible things you’ve done and experienced in the Winter section. Otherwise I think the giraffe sequence would feel pretty flat without the surrounding bits to it.

The ending works well because, as Joel, you’ve done really horrible things in that hospital. Maybe we could argue about the number of encounters, or how many enemies should’ve been in the hospital, but we definitely feel strong that there should’ve been a fight, a kind of murdering spree to get to Ellie, because that says something about Joel and what he would do to save someone he loves.

So, they’re using violence as part of an artistic statement, which is totally legit, as we’ve seen in the films of Takashi Miike, and Chan-wook Park, and early Scorsese, and a few hundred others. That’s the fine company The Last of Us deserves, not the exploitative zombie-killing fellowtravellers it has in the videogame universe.