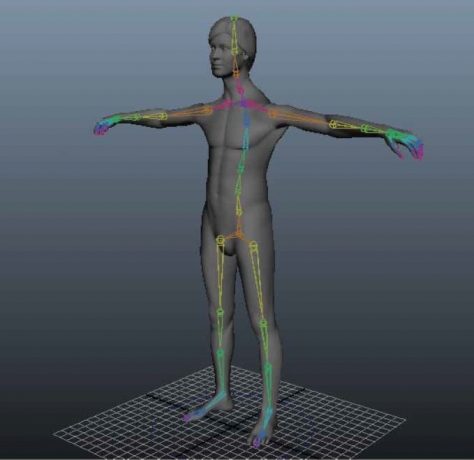 Sure, being a supermodel might not sound like the worst job ever. In the 90’s, Linda Evangelista famously said that she wouldn’t even get out of bed for less than $10,000. But behind every glamorous photo shoot littered with buckets of money, lies the all too real possibility of a short-lived career.

Oh, and heels. The heels don’t look very fun either.

Well, it looks like scientists might be making those short-lived careers even shorter, thanks to recent technology out of Manchester Metropolitan University that renders “near-faultless” avatars of a model’s every strut and sultry smize.

To achieve this feat, Dr. Andrew Brownridge and Dr. Peter Twiggs combined data from 3D body scanners (already in use by the fashion industry for standardized measuring) with motion-capture technology traditionally utilized by big-budget films and videogames. In the past, attempts to use motion-capture for fashion shows resulted in reportedly unnatural-looking movements and blocky avatars. But now, with infrared depth-sensing technology and inertial motion capture suits, any model’s real-time movements can be rendered into a digital skeleton and then combined with life-like 3D animation.

Originally, the technology was conceived as a coaching tool for tracking the precise movements of a ballet routine. However Dr. Brownridge now believes it might also find use in the fashion industry as a way to “render a fashion show to video file with animated characters ready to distribute” immediately, or even to record a “live performance with models in motion capture outfits, working in real time.”

He believes the technology also opens up the possibility for even more surrealist fashion shows, where models “could go down a catwalk like normal but augment their performance with their design avatar in the virtual world at the same time. The avatar could be manipulated into a range of different digital worlds.”

Hopefully, 3D space will be kinder to virtual models than real-life runways are to actual models.