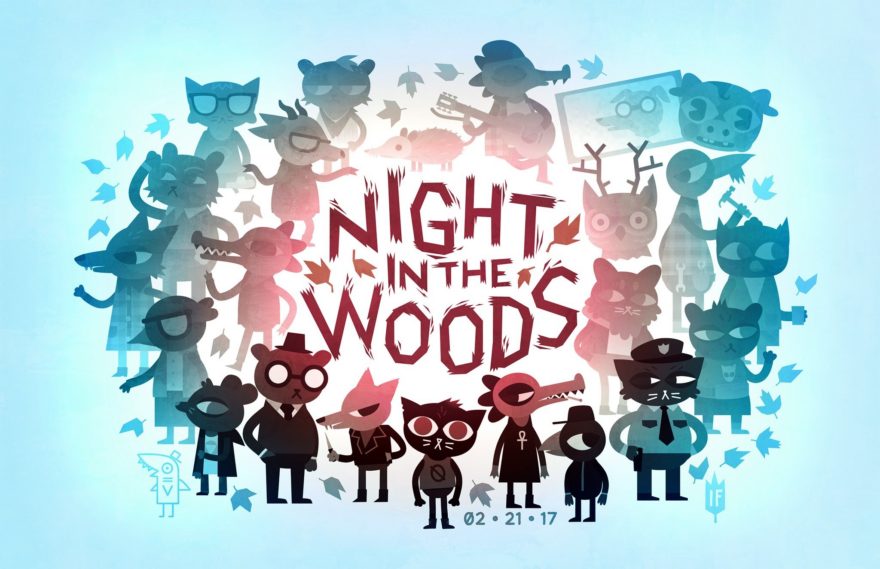 What’s that? You don’t want to wait that long. Alright, alright, well, let me just lay this on you for starters then: Night in the Woods is coming out on February 21st 2017 for PlayStation 4, Windows, Mac, and Linux. That’s reason enough alone to grant, oh, I dunno, a knighthood to the month of February. Yeah, let’s go all out. What a good month you are, February. Er, Dame February, I mean.

captures that gnawing feeling of leaving your youth behind

Before we get carried away (too late?), though, it’s worth addressing that this isn’t the first release date that Night in the Woods has been given by its creators. At the end of last year, we were told that the game would be available on January 10th 2017. That was two days ago if you haven’t realized. Yeah, it got a delay. How can we possibly trust that it will be out on February 21st then? Well, you can’t, not entirely, but the creators are adamant that it’s gonna happen on that very day—providing that some unexpected and awful disaster doesn’t befall either them or us.


That all got a bit gloomy, didn’t it, which isn’t unlike Night in the Woods itself to be fair—an appropriate note to hit. It’s a game with a bit of doom and gloom to it, plenty of post-teen frustration, it even captures that gnawing feeling of leaving your youth behind. Oh, and let’s not forget the catty shenanigans like walking along walls you’re not supposed to and climbing up to people’s roofs. You are a cat, after all, even if she’s called Mae, walks on two legs, and enjoys shoplifting. A cat that probably represents many of our twenteen selves, lost in the world, young enough to not know which direction to go still, but too old to get through life by riding on the sympathy of your parents.

Anyway, let’s stay on track. In fact, let’s dial this down. Night in the Woods is an adventure game. It’s a looker, especially the animation, and its small-town slice of America feels like it lives without you’re being there. The idea is to join Mae as she returns to this town of her youth, called Possum Springs, and attempts to return to a life of aimless hanging out and petty crime. Her friends have grown up and are slightly reluctant, but then something strange happens in the woods …

You can find out more about Night in the Woods over on its website. Pre-orders are available from the links provided here.