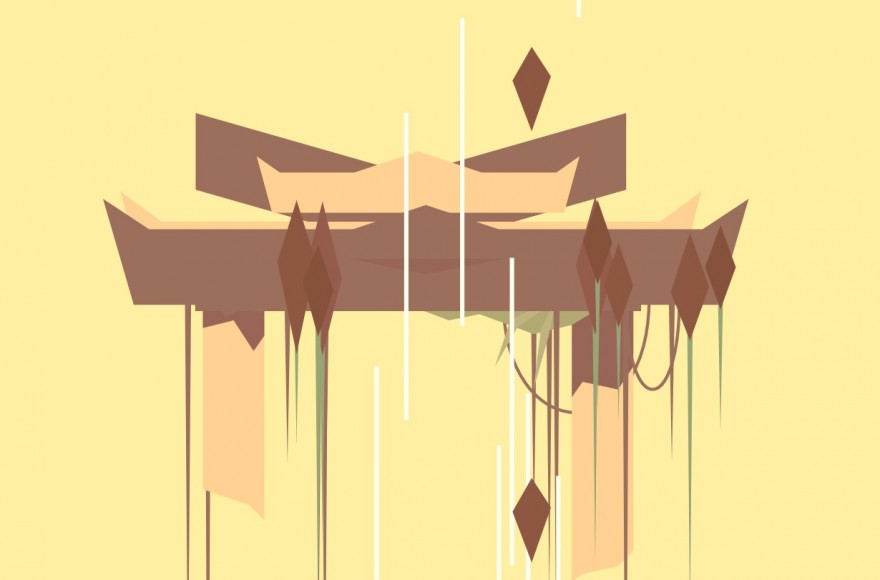 With new album Yume, ambient electronica musician Helios seems to recall the beauty of lazing underneath a sun-crested sky. The music soothes by letting high notes drift out to a gold horizon. It seems to lift off from the soft fringes of grass and get carried out on a hot puff of wind.

More precisely, it’s a series of airy vignettes punctuated by a dozy amalgam of lightly brushed acoustic guitar, everyday sounds echoed out as percussion, and piano melodies that seem to have been recorded underwater. A tranquil reverie is conjured, and so it comes as no surprise that the title of the album is the Japanese word for “dream.”

It’s this imagined journey towards the ether that Luke Twyman’s interactive interpretation of Yume playfully captures. He teamed up with Helios to supply an alternate way of experiencing the album, reducing it to even smaller snippets for us to explore, each one a single act in a journey starting from the Earth and flying towards the heavens.

fusion of music to the visuals evokes Panoramical

Playable in your browser, this interactive project blooms into motion as if a flower unfurling its petals. Once the whitewashed transition fades you see an aqua-green landscape in the background where mountains form as bold triangles. Up front are mysterious floating rhombuses that gesture you to move them up and down, or some in any direction, when the mouse is hovered over them. Upon acting on this invitation you discover that not only can you control different parts of the song loop but also the perspective that you have of the landscape.

This fusion of music to the visuals evokes Panoramical except it’s much smaller in scope. The mountains bounce to the beat if you bring it in and a swirling electronic noise brings with it flying white lines that churn over the scene when introduced. It’s almost like you’re playing with a DJ’s mixing deck, pushing levers and turning knobs to bring in different instruments and timbres of the same song. The difference is that you’re creating an animated picture at the same time.

From this first scene you can ascend to the next using one of the rhombuses. Further in you find sky ruins, warbling triangle portals, and misty mountain peaks. At each stop you get as long as you wish to experiment with the possibilities of the soundscape before moving on, or heading back to a previous one. It’s a beautiful way to experience an album that so readily lends itself to a gliding ethereal escape.

You can listen to Yume and purchase it on Bandcamp and iTunes. Play the interactive journey in your browser.