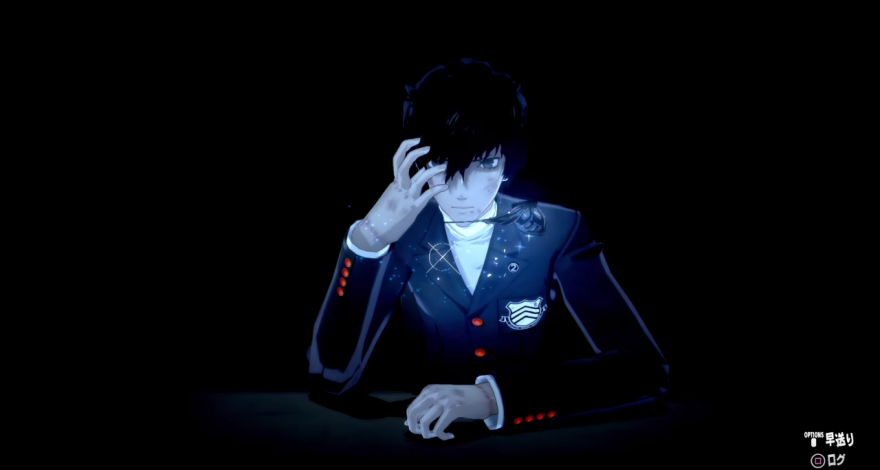 The Persona series, starting from P3 on, lovingly meshed social sim elements with traditional RPG dungeon crawling— garnering widespread critical and commercial admiration. With its fourth-chronological installment (technically, Persona 3), the Persona series became bold and unlike anything else in the RPG realm. Whereas, the first few games in the series were more traditional, serious takes on the RPG genre, similar to the grander series Shin Megami Tensei that Persona is spun off from.


Persona 5 was first announced in 2013 for a late 2014 release. But as with all big releases, Persona 5 was pushed back again. And again. And again. Yet finally, the end is in sight. And there’s new footage to prove it. During Atlus’s latest Niconico Live streaming event, they revealed the first 18-minutes of the game, the Production I.G.-produced opening animation, a host of new “cooperation characters” (Persona 5’s answer to P3 and P4’s “Social Links”), a new sprawling dungeon, TV commercials, a web comic, and a sneak peek of the game’s anime adaptation. Oh, and a shitload of just plain gameplay. So, Atlus showed off a lot.

In the game’s opening 18-minutes, we see the nameless protagonist confidently try to escape a casino after a heist. In the lengthy video, we get a sneak peek at the essence of Persona 5: a beautiful conglomeration of animated cutscenes, stealth-oriented sections of dungeon crawling, impeccably-stylized interface for battles and, of course, the game in action overall. Persona 5 looks both familiar and totally fresh. Reminiscent of its excellent predecessors, but amping up what makes the series notable to a nearly impossible degree. As a sucker for social sims, modern-setting RPGs, Shoji Meguro’s scores, and unfuckwithable style, Persona 5 is maybe the most exciting-looking RPG I’ve ever laid eyes on.

One of the most beloved aspects of the Persona series is that of “Social Links.” In Persona 3 and P4, the player can skip around town in their free time, strengthening relationships with friends and minor acquaintances—anyone from a party member in their dungeon crawling woes, to an elderly married couple that own a local bookstore. By spending time with people and boosting “Social Links,” their individual Arcanas that can fuse with the player’s Personas grow in power as well. In Persona 5, “Social Links” are swapped in favor of “Cooperation Characters,” which by their description, serve a similar purpose in socializing outside of dungeons actually benefiting battle purposes later on. In the latest “Co-op relationship” introductions, more of the quirky side characters were revealed. Like the Shinjuku-bound fortune teller Chihaya Mifune, or the dive bar-dwelling gossip reporter Ichiko Oya.

Persona 5 will also have an auto-generated infinite dungeon called the Mementos Dungeon—which the creators boast is larger than the entirety of Persona 4. In the Mementos Dungeon, the player’s adorable cat companion Morgana transforms into a fully-operational bus, making for ease of travel within the immense dungeon. Perhaps the most that can be said with this massive onslaught of fresh footage and news is that Persona 5 looks, above all else, fun and lively. It’s butterfly-stroking in a sea where JRPGs have grown dry and predictable, and Persona 5 wants to reinvigorate the genre to an already grander degree than its predecessors already have. I, for one, can’t wait to channel my inner Lupin the Third come February, but as an adorably lanky teen that moonlights as a demon negotiator.

Unleash your inner thief when Persona 5 is out in September of this year in Japan, and February 2017 for North America.