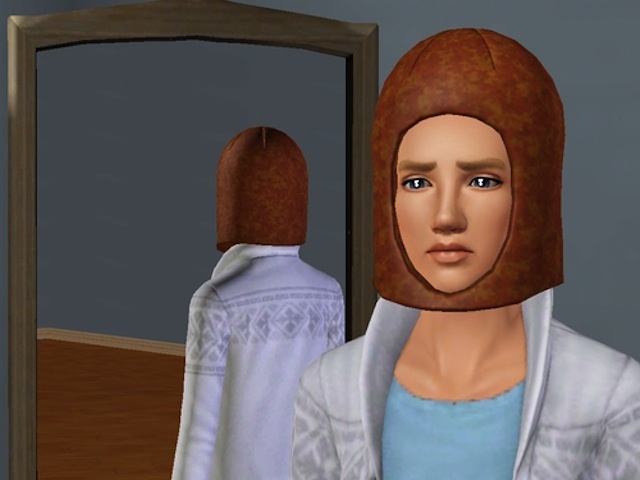 People often ask why games aren’t more ambition with in terms of scope.

The reason is because things break. A lot.

Even with games that give you a good deal of agency, like Mass Effect or The Walking Dead, your path always pivots back into an overarching throughline. And when I profiled Ivan Belanszky for Issue 6, who has been working on the open-ended RPG Newcomer for around twenty years, mostly trying to eradicate thousands of bugs, it became obvious how the complexities can quickly multiply towards infinity.

So when you create a living, breathing ecosystem with millions of potential combinations, there are sure to be couple, um, outlier. And that’s what’s makes these patch notes from dollhouse simulator The Sims so absurdly moving:

• A faint line is no longer visible on the heads of babies.

• Fish are no longer duplicated in the fridge when moving homes.

• Sims can no longer “Try for Baby” with the Grim Reaper.

• Sims who are on fire will no longer be forced to attend graduation before they can put themselves out.

• Children and Teens can no longer die from motive failure while on a Time Out.

• Pianists will no longer continue playing pianos that have been detonated.

• Sims will no longer receive a wish to “Skinny Dip” with Mummies.

• Pregnant Sims can no longer “Brawl.”

• Sims can no longer WooHoo in the Elevator with a Sim who is on a different floor.

• Fixed an issue that caused Sims to leave their Toddler inside a bar at closing time.

• The Grim Reaper will no longer be prevented from reaping souls due to band affiliation.

• Kleptomaniac Sims can no longer steal Subway stations from lots.

• Fixed a tuning issue so that Sims now vomit at acceptable levels.

• Tourist NPCs can now be impregnated.

Hear that, Sims players? Your Sim will no longer be persecuted for being a metal band. But his parents will still disapprove of it.