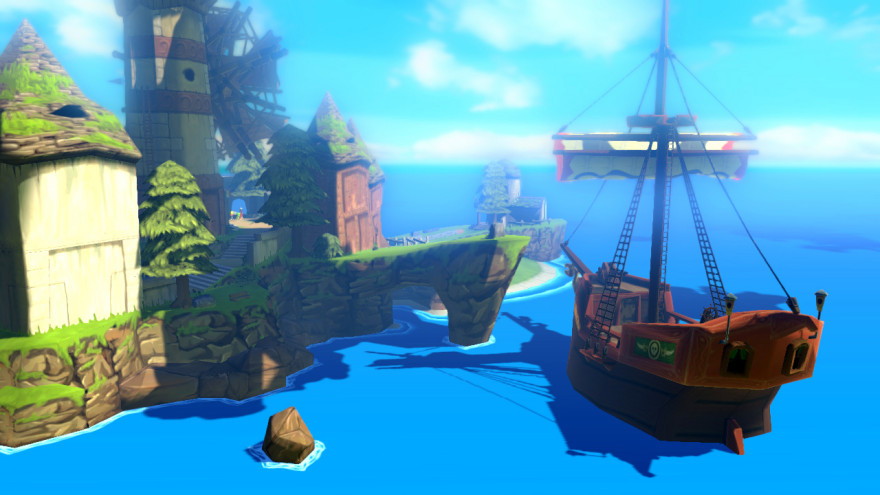 Jennifer Egan’s book A Visit From the Goon Squad won the 2011 Pulitzer Prize for Literature. Too bad Egan thinks it could have been better. In a chapter from the upcoming book Why We Write, excerpted on Salon.com, she explains how the public and widespread praise has affected her creative output, going so far as to question the high plaudits given to her work. False modesty? The unrelenting psychosis of writers everywhere to self-defeat? Or just an honest assessment of how creative acts work: That they’re never really done.

Even if the answer is D) All of the Above, that last choice has particular bearing on a games industry that has been pushing out remakes and do-overs with alarming speed.

One difference between literature and videogames is the possibility of going back and changing something already finished. There are patches, of course, to fix bugs, but that’s like fixing typos.

“I think my book is strong, and I know I did a good job,” Egan writes. “I also know it could have been better.” But A Visit From the Good Squad is done, a finished work. It’s a lovely story-collection-as-novel with a variety of compelling characters, talking about real-life stuff in a way that elevates our idiosyncratic urges into a seed for myth. But I didn’t love it the way the Pulitzer judges did. Egan is right; it could have been better.

Eiji Aonuma might have said the same thing about Legend of Zelda: The Wind Waker. This fall, Nintendo will try to right the proverbial ship and release an updated, refined version of what is already deemed a modern classic. Satoru Iwata revealed these intentions during last week’s Nintendo Direct video, during which Aonuma explained how, when experimenting with previous art styles for the new, original Zelda forthcoming for Wii U, they found Wind Waker’s “toon-shaded” look to be particularly pleasing when presented in HD with updated flourishes.

“In fact [we] felt as if it had been transformed into something entirely new,” Aonuma said. The same game, only completely different. Whether the effort is worthwhile or not remains to be seen. But the flexibility in the medium at all, to be able to shape the same material into a new form, feels like a unique possibility. One which should not be over-indulged.

Apocalypse Now Redux added footage; Star Wars Special Edition inserted effects. By and large these were the same movies. Games can be remade down to the very level of its code, its DNA. Jennifer Egan would never re-write Goon Squad and then sell it as Goon Squad*. Aside from special versions for e-readers or graphic novel adaptations, books aren’t remade. Maybe games should heed this commercial restraint.

The attention and approval I’ve been getting for “Goon Squad” — the very public moments of winning the Pulitzer and the other prizes — is exactly the opposite of the very private pleasure of writing. And it’s dangerous. Thinking that I’ll get this kind of love again, that getting it should be my goal, would lead me to creative decisions that would undermine me and my work.

Classic games, like films and books, should remain as their era found them

We see this undermining of a creative vision in last year’s Silent Hill HD Collection for PS3 and Xbox 360. A remastering of Silent Hill 2 and 3, many saw these “upgrades” as diminishing the effect of the originals. In the PS2 games, an excess of fog, brought on by technical limitations of the time, also made for a tense and foreboding climate. The HD versions rendered these previously-hidden backgrounds, showcasing unfinished textures and breaking the sense of immersion.

Examples of other HD re-releases are legion, with arguable merits and detractors. Fans of the Gamecube Wind Waker, in all its glorious SD resolution, are already bemoaning the enhanced lighting of the remake. When the game’s cartoon-ish style was initially revealed at Space World in 2000, many critics famously hated it. Now, it’s hard to imagine Link sailing to Dragon Roost Island any other way.

Classic games, like films and books, should remain as their era found them, not dripped through another time’s filter. It’s easy to second-guess our initial efforts. Sometimes the best thing to do is just walk away.