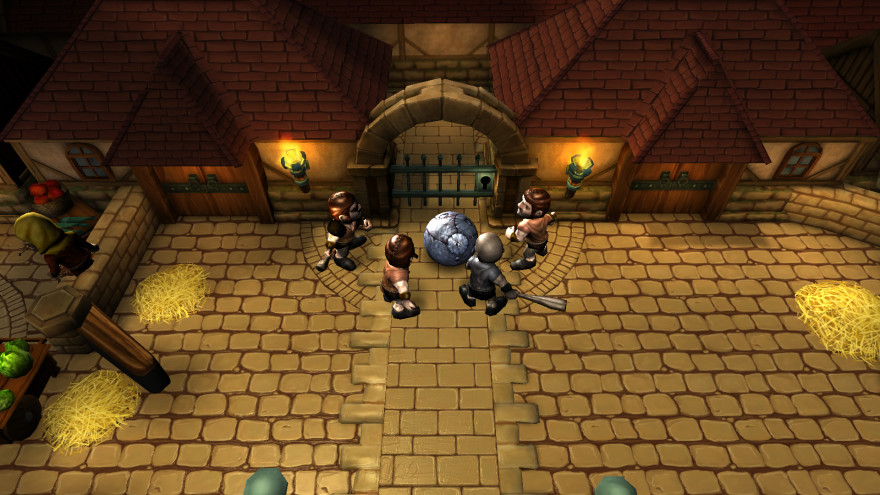 The appropriation of RPG mechanics and attributes into genres outside of RPGs has more or less ceased: our new fascination is the roguelike, which definitely holds tenants of RPG systems, but is more focused on player experience. RPG additions to genres during the blitz after Call of Duty 4 focused on giving genre mechanics a statistical depth (kills net experience, which allows you to level up X in-game).

Though the dust has mostly settled, with RPG elements now in most every game, Phantom Compass’ Rollers of the Realm proves that there is still something left to mine. Perhaps because pinball games are a relatively small genre—usually delivering games that give the player classic tables instead of innovating on the core mechanic—is why its taken this long for the midas touch of RPG mechanics to reach it.

And reach it it does. Tables in Rollers of the Realm are not monolithic propositions, ones to spend hours with trying to unlock all of their secrets. Instead they exist very much in the same way levels and places do in traditional RPGs: one-off spaces that do more to build a world rather than engage for hours. Some tables are definitely more complex than others, but the general thrust of the approximately 54 tables in game is that they each have a singular puzzle to solve, whose upon completion delivers the player a some story bits and gold.

You use a variety of characters (your “party”) to traverse the game’s levels, and it’s strange to say but you really do get the feeling of each ball actually being their character class. Cute avatars accompany which ball/class you selected (and these can be changed on the fly, provided your ball is stationary on the flappers at the bottom), and how these balls interact with the world is determined by that individual class’s skills and attributes. Attributes are passive; for example, the rogue is able to “backstab” enemies should the ball hit them from behind. Skills are active, and also some of the best examples of melding RPG and pinball conventions. The rogue, once enough mana has gathered, is able to summon her pet dog to the field. This is your multiball, the dog taking the form of a tan pinball that bounces around the stage and may also distract guards such that your main ball can reach a key that opens a chest elsewhere on the table.

It’s small flourishes like this that made my time with Rollers of the Realm feel too short. A traditional fantasy setting, inventive tables, and a considered application of RPG mechanics from front to back make this game feel not like a simple hybrid for the sake of marketing. As absurd as “Pinball RPG!” does sound, the result feels like a blast of inspiration.