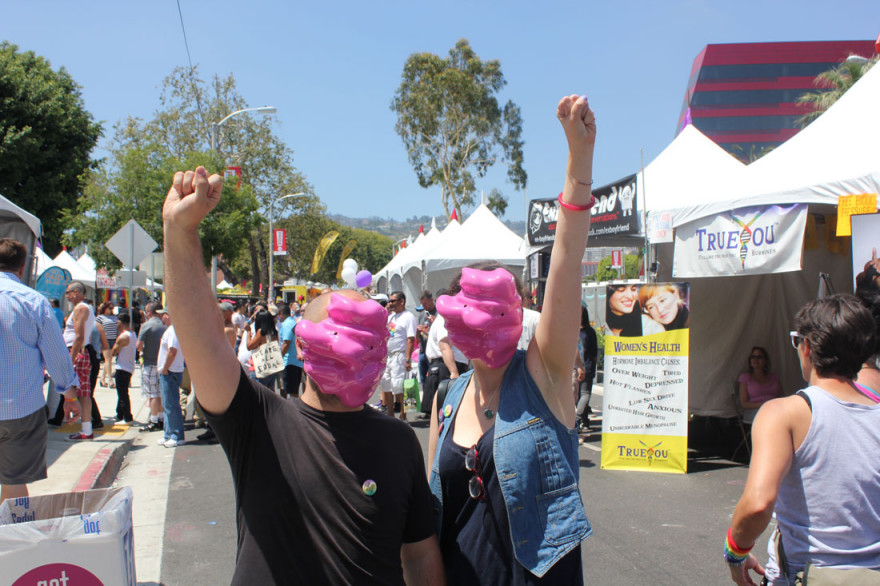 Sci-fi is the domain of Dune debates and fantasizing about the civil rights of autonomous robots, right? It’s cool and important stuff, but often studious, and not something you’d expect to find at an art gallery.

But the Science Fiction: New Death exhibit, currently showing now through June 22 at the University of Liverpool, features all kinds of art that’s inspired by sci-fi, such as creepy AI-controlled robots that peep at you through holes in sheetrock.

The motivation for the show was to point out how older visions of the future (via tech-y oracles like Orwell and Gibson) didn’t pan out. As the show’s curator Mike Stubbs told me, “Watching my daughter fall asleep mid Snapchat, while feeling trapped in a new form of on-line-over-work-social-media-overload, it feels more akin to a dystopian present reminiscent of JG Ballard.”

The emphasis on present-day dystopia is easy to see. For instance, Zack Blas’s blob-like masks, called Facial Weaponization Suite, look like a David Cronenberg prop, but are crafted from biometric data of queer men, a protest of studies that use facial recognition to determine sexual orientation. According to Stubbs, it addresses surveillance culture through disturbing speculations and strategies to overcome it. “These are hyper-real renditions of our current state, or our state next week,” he said.