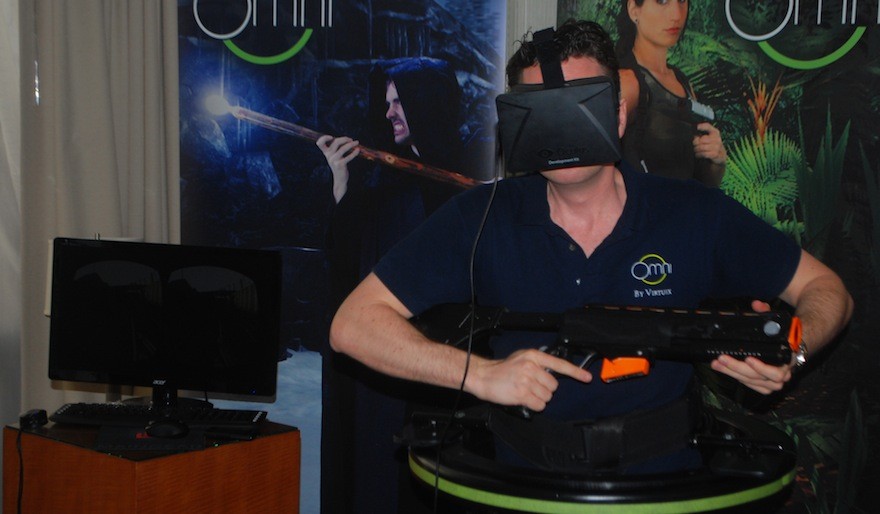 Things didn’t go so hot for the creator of Virtuix Omni when he appeared on “Shark Tank,” a reality show on ABC with an ensemble of filthy rich hosts known for chewing up and spitting out young optimistic entrepreneurs like expired caviar. But one of the rich guys, millionaire investor Mark Cuban, who you may recognize as the owner of the Dallas Mavericks, has had a change of heart.

You might recall the omnidirectional VR treadmill was politely laughed off the set when the show aired in December, and CEO Jan Goetgeluk went home with no money. But it’s being reported that, as part of a $3 million seeding investment, a firm of Cuban’s has just dumped capital into the project, which just to be clear is a rotating treadmill that you run in place on while holding a plastic gun and wearing a VR mask.

This business venture is piggybacking on Facebook’s acquisition of Oculus Rift, but it’s still in question whether consumers are ready to wear a mask, much less give up their couches for this.