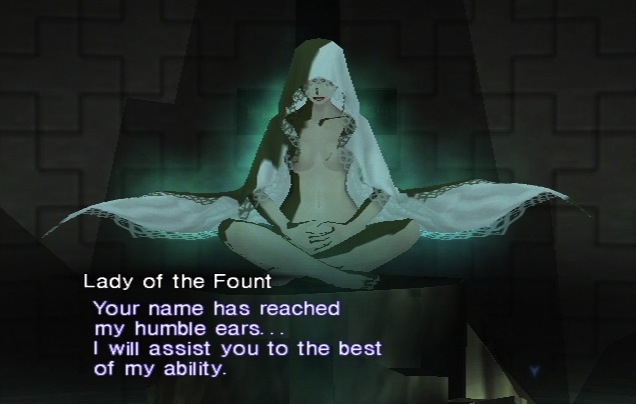 A certain savvy minority of player will tell you that Shin Megami Tensei: Nocturne, re-released yesterday for PS3 on the PlayStation Store, is superlative, and those fine few individuals would be correct.

What makes this old, brutal, cyberpunk-y, cell-shaded, ambiguous-moral-choice-making, demon-bartering RPG so noteworthy? Well, it featured a rich occult world where the idea of fighting through mysterious temples and dungeons actually made sense—not to mention that the design of those foreboding places were far superior to those you typically find in RPGs, almost Zelda-esque. The battle system is snappy and lightning-fast. It has an intuitive fusion system just like Persona’s, but better. And what I always appreciated is that the demons you recruit to fight alongside have preposterous personalities.

The game didn’t do itself any favors by originally releasing on PS2 in 2004, when MMOs were the hot commodity and the JRPG was falling out of favor. But with the genre gaining in popularity, maybe it will gain a few new players. And the rest of us are one game closer to finally putting our PS2s in storage.