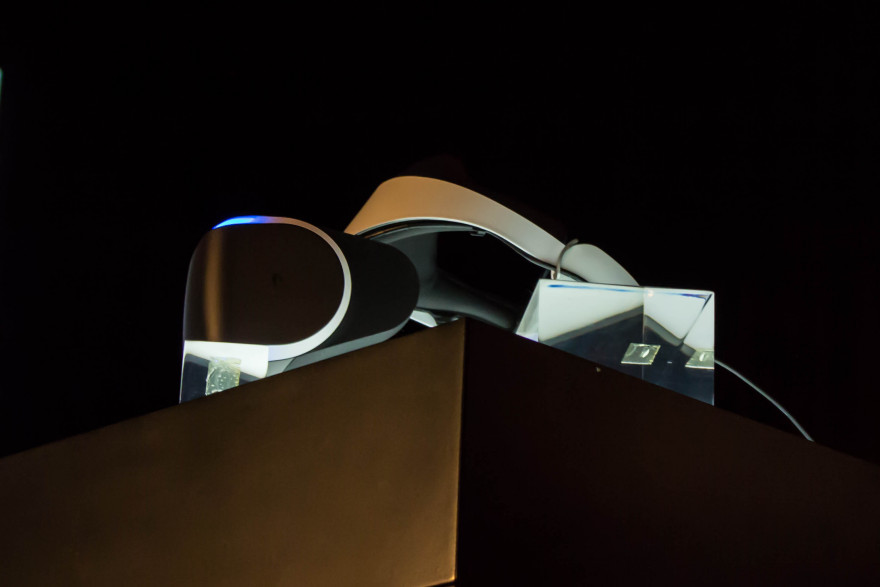 Despite the fact that Forbes prematurely pierced the veil about an hour before Sony’s cryptically titled session, “Driving the Future of Innovation at Sony Computer Entertainment,” three senior Sony staffers got the last laugh as they unveiled the company’s totally-expected-anyway VR headset. (Forbes took the offending post down within minutes of it getting passed around the Twittersphere.)

Project Morpheus, as it’s being called for now, is the culmination of three years of research, iteration, and rethinking at Sony. It’s a process the company is hoping developers will echo as they too get acclimated to the new hardware. This includes already confirmed developers like Crytek, Epic, and a major unexpected collaborator: NASA.

It sounds like Project Morpheus is intended as far more than a gaming platform. Dr. Richard Marks, the senior director of SCEA R&D, spoke of possible consumer applications like booking hotels and, in general, allowing PlayStation owners unprecedented access to new discoveries far outside the gaming universe. The aforementioned NASA joint project, for example, takes real data from the Curiosity Rover to recreate what it’s seeing on Mars. “When NASA gets to a new place, users can feel like they’re right alongside them,” said Marks.

The project with NASA may seem like a mere bragging point, but it gets to Sony’s overall emphasis on presence and immersion—words that, in this context, aren’t mere buzzwords—being pivotal for VR’s success. Anton Mikhailov, the senior software engineer for SCEA R&D, said it will be more important for developers to avoid conforming to pre-existing genres and instead “give a sense of presence.” Among the new experiences open to developers, added Mikhailov, are six “new” sensations in a gaming context: vertigo, claustrophobia, fear of the dark/unknown, fear of void/empty spaces, extreme/intense horror, and creature phobia (spiders, snakes, etc.).

These “new” sensations dovetail nicely with the significance the platform intends to place on Morpheus’ social components and aspects. For example, someone wearing Morpheus can have their game broadcast to the TV—but without the usual “binoculars vision”—in same-room multiplayer experiences where others with controllers compete against those in the Morpheus realm.

It’s not yet completely clear how controlling the Morpheus works. It relies on the PlayStation Camera and PS Move, though ostensibly can also possibly be used with a regular controller. Sony says it wants to provide a plug-and-play experience, though as a prototype hard-and-fast details were not exactly abundant.

Even fewer details emerged during the Q&A session, other than a confirmation that Morpheus’ name was, indeed, not taken from The Matrix. Shuhei Yoshida, president of SCE Worldwide Studios, admitted they only came up with the name last week.

No launch date or prince point, nor intended age range, was announced, but Morpheus will on the GDC show room floor starting Wednesday with a rotation of demos ranging from CCP Games’ space dogfighting game Eve Valkyrie; a special build of Square Enix’s Thief; London Studio’s aquatic-themed The Deep; and a regal violence sim The Castle.