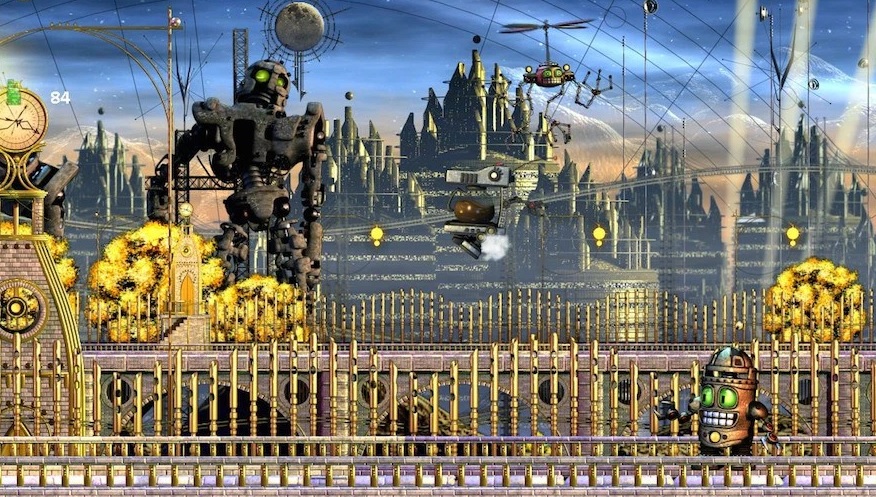 On January 21, Scott Cawthon’s Five Nights at Freddy’s World (FNaF World), the surprisingly light-hearted role-playing followup to the popular horror series, was released on Steam, ahead of its announced February 19th release date. User reception was generally positive, but the drastic shift in style and tone left some fans confused, leading to an 87 percent user review rating. Not satisfied with an aggregated score of “very positive”, Cawthon pulled the game from Steam, promising to update it with new features and release it for free on Game Jolt once it was ready.

In a post on Steam, Cawthon explained that his own excitement led him to release the game too early. “I got too eager to show the things that were finished,” wrote Cawthon. “to a community that I’ve enjoyed and respected for over a year and a half now- I’m sorry.” It’s a remarkably apologetic measure to take such drastic steps in response to what is still a high rating, like a straight A student begging for forgiveness after bringing home a B+. But it says something about both how highly Cawthon regards the opinions of his players, and what that’s meant for his career and his personal life.

This is something that Cawthon talks about in a 2014 interview with Christian nerd culture website Geeks Under Grace. Turns out this recent commotion with FNaF World is only the latest in a history of Cawthon drastically altering his work to appease his fans. While some game creators get by with ignoring or outright antagonizing fan reception, to Cawthon, his relationship with his audience seems to be the most important part of his work.

The interview was conducted shortly after the release of the first Five Nights At Freddy’s (2014), the inspiration of which Cawthon explained came from criticism of his previous game, Chipper and Sons Lumber Co (2013). “I had made a family friendly game about a beaver before this, but it was criticized online; people said the main character looked like a scary animatronic,” explained Cawthon. “I went into a pretty deep depression…Then something in me snapped and I thought to myself that I bet I could make something a lot scarier than that!”

his relationship with his audience seems to be the most important part of his work.

In this instance, Scott’s tendency to listen to criticism lead him to mainstream acclaim. However, before the release of Five Nights at Freddy’s, this same strong reaction to how his games were received also had him questioning his career path and faith. A devout Christian, Cawthon had gotten his start in game development making Christian adventure games. Among these was Pilgrim’s Progress (2012), an adaptation of the 1678 religious allegory of the same name. Perhaps more notable is The Desolate Hope (2012), a more original game that combined sidescrolling elements with top-down Zelda-style dungeons and Final Fantasy-esque boss battles.

The game’s world featured a dark, brooding, and twisted industrial landscape with small clusters of life being suppressed under robotic outgrowths that sprung from the ground like tumors, almost like a prototypical version of the horror on display in Five Nights at Freddy’s, in which uncanny animatronics stuff unlucky players into mechanical suits that snuff out their lives and humanity all at once. It was provocative stuff. And when taken alongside the game’s plot, which focused on rescuing a fetus being used as a scientific specimen, it drew ire from some players, who interpreted it as condemnation of abortion. “The game places a very high value on human life, even at its smallest,” said Scott. However, he also clarified that “The game itself was not designed with abortion specifically in mind.” Still, even with The Desolate Hope’s ambitions, it failed to meet Cawthon’s goals.

“Despite good reviews, my Christian projects were all financial failures,” he explained. “I came to a point where I was very disillusioned and frustrated with God…actually it was more like a broken heart. I felt like I’d squandered so many years of my life.” Elaborating on this crisis of faith, he added “Either God didn’t exist, or God hated me. I didn’t know which was worse…I decided to change careers, at times pursuing web design, then computer programming, even truck driving.”

After having his life insurance policy cancelled when his insurance provider caught wind of suicidal thoughts he had shared with his doctor, Scott decided to go before God and ask for him to channel his power through him, to use his earthly body. Drawn back to game development as a result of this, surprisingly enough with a secular project this time around, Scott began work on Five Nights at Freddy’s. “I felt drawn back to games again, but not Christian games anymore,” he explained. “It’s not that I wanted to leave the Christian market, I just didn’t feel ‘led’ to make another Christian game.”

This brings us up-to-date to the Scott Cawthon that most people have come to know through his Five Nights At Freddy’s series. And so, as much as FNaF World seemed like a departure for the man known for those popular horror games, it was actually more of a return to Cawthon’s previously ambitious nature, hitting similar adventure tones to and matching the art style of The Desolate Hope and Chipper and Sons. It reads like Cawthon attempting to not only go back to his roots, but redeem them, finally showing critics that a game in this style could work.

Which is why it’s so disheartening to see him dismiss it as a failure. If FNAF World was Scott’s attempt to vindicate himself as an artist, then seeing it flop is akin to seeing Chipper and Sons torn apart. If a success, FNAF World might have allowed Cawthon to put his old demons to bed and feel more comfortable showing us more of his dream projects. Ideas that might not have appealed to everybody, but would have shown us more of the man behind the game. As it stands, it is yet another entry in a cycle of criticism-and-redemption that seems to leave Cawthon attempting to please others more than himself. This self-flagellation is a remarkably Christian take on game development, and while it has motivated him a number of times, it’s clear that it has taken its toll.

Read the full interview over at Geeks Under Grace.