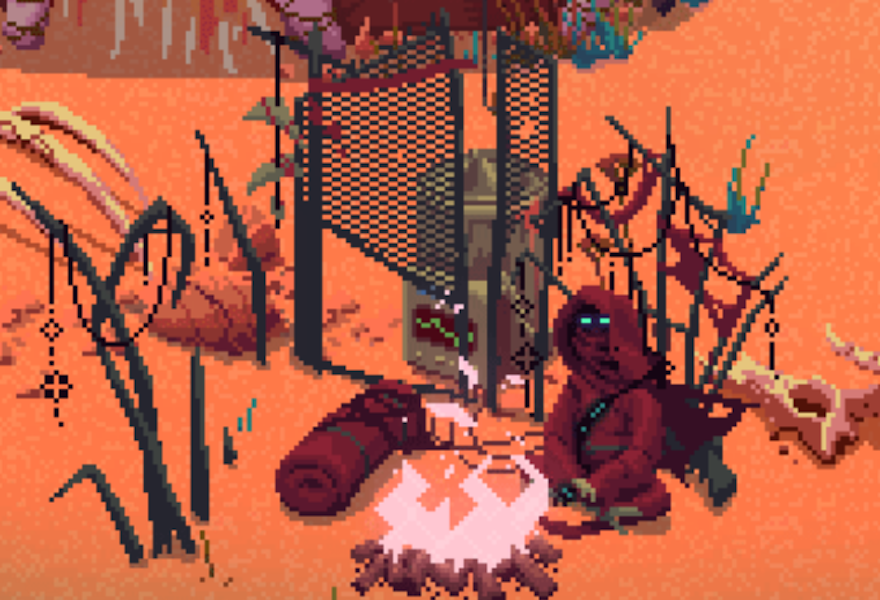 A point of honesty: I still have yet to play more than the first hour of The Witcher 3 (2015). Not because the game is bad—in fact, I’ve enjoyed what I’ve seen so far—but because at this point, I’m just too exhausted with fantasy to have much interest in delving any further. How many hours have I spent playing as men in armor swinging their swords at lumbering dragons? Or, in the case of science-fiction, playing as a space ranger swinging his light sword at insectoid queens? Granted, there are fantasy stories that work to subvert these tropes, as we’ve noted before with Bloodborne (2015), but the problem is so pervasive in the genre that sometimes I’m way too discouraged to even know where to begin. What if I keep playing and all the potential of this new world just turns out to be yet more paperback imagery?

Enter Undungeon, an RPG project from a team lead by three childhood friends who grew up with genre-style storytelling, and have gradually become more dissatisfied with it as they’ve gotten older. Undungeon seeks to buck typical fantasy trends by creating a world that is an amalgam of many, and thus home to a wide variety of unique monsters and characters that stand apart from typical fantasy character design.

The hook here is that various wildly different versions of Earth in this world have suddenly been brought together into one planet, pushing beings from different universes who were never meant to live together into proximity and forcing them to coexist. These aren’t just other versions of humans either—the beings from the other Earths run the full gamut of bizarre, from Ralph McQuarrie to H.R. Giger. Looking at the game’s website, there’s a zen monk alien, a living sarcophagus, a tubby bird man wrapped in a red cloak, and some sort of skeletal deer/tree hybrid, just to name a few. All of this is expressed through detailed, highly-animated pixel art that plays homage to classic ’90s RPGs like Shadowrun, and is set alongside rust-colored post-apocalyptic deserts that call back to Mad Max. It is a world tailor made to facilitate the artists’ imaginations.

The player takes on the role of a herald, sort of an emissary for their people, and must travel among these disparate communities to try to bring them together. Along the way, they’ll meet various new faces, and because the game is a roguelike and each run is different, dying just presents an opportunity to meet even more. Essentially, it’s storytelling through weird character design, and I am all about that. It’s also encouraging to see the devlog namedrop Hyper Light Drifter and Nuclear Throne (2015) as inspirations, both of which are also known for their pixel art and bizarre characters.

As of now, the game doesn’t have a set release date (though the site ominously hints “the end is near”), but that doesn’t mean it isn’t too early to appreciate it. I highly suggest following its Instagram, so you can be updated on more of its pixel art goodness as soon as it’s uploaded. There’s quite a lot to parse already, and even more on the main site, which also allows you to sign up for email updates. It’s not something I normally do, but here, I’m willing to make an exception. I haven’t been this interested in a fantasy game for a while.