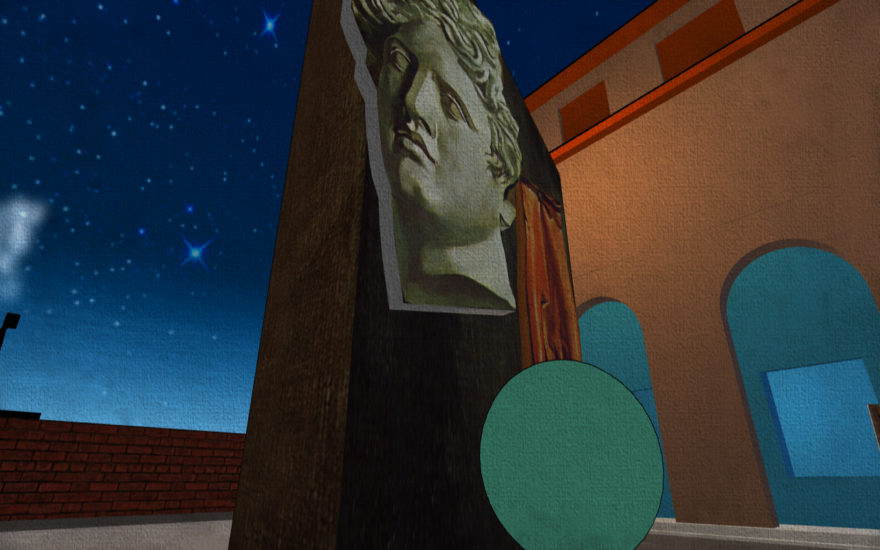 Imagine if you could visit any museum in the entire world: The Louvre, the MET, the MOMA. Any museum you’ve ever dreamed of. Now imagine again, if you could literally visit and walk within any work of art from around the world. This is a gift that Gigoia Studios has brought to life, time and again, with their fine art appreciation projects. Now realized to its fullest capacity with the fully completed SURREALISTa, a virtual, interactive exploration through eight classic paintings of Italian metaphysical art pioneer Giorgio de Chirico.

Not diminished by new technology, but enhanced

De Chirico’s work is seen by many as being an inspiration for the eventual surreal art movement, pioneered by Salvador Dalí and Max Ernst. But his dense, multi-dimensional work is seen wholly his own, and should easily be appreciated for its own merits, and not just what it inspired. In fact, the Metaphysical art movement was founded by de Chirico and artist Carlo Carrà in 1911, lasting until 1920.

Metaphysical art saw the blending of obscure spaces, sharp contrasts, and a marriage of classic Italian art with the modern. De Chirico’s dreamlike art even influenced the cover for Fumito Ueda’s cult game Ico (2001), specifically the painting The Nostalgia of the Infinite. As Ueda explained in an interview with 1UP, “I thought the surrealistic world of de Chirico matched the allegoric world of Ico.”

As Metaphysical art pushed back against Futurism’s betrayal of the past, Gigoia Studios push against the boundaries of painterly art by making it 3D and fully explorable. In making classic art more accessible, and exploring it in fresh ways (as through an interactive videogame), classic art’s longevity and appreciation lives on. Not diminished by new technology, but truly enhanced.

You can walk within the surreal art of Giorgio de Chirico for yourself on PC, Linux, and Mac here.