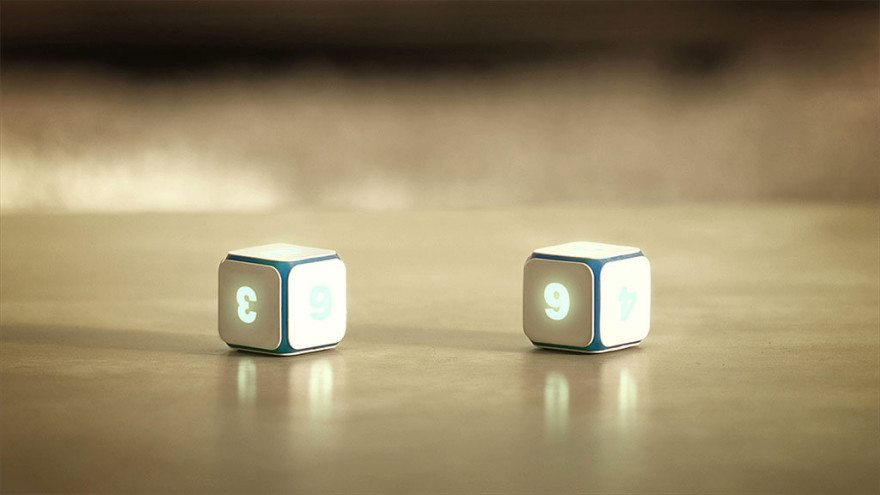 I am not sure what to think about the DICE+, a beautifully designed and crafted device from some engineering wizards at Game Technologies S.A. I’m not even sure what to call the thing. Certainly, it is a die, a thing which is rolled and displays a number. It is also definitely a kind of die but it is a kind of die that escapes the vernacular. One could say that it is a d6, a six-sided die, but everything about it screams that it is a special d6. It is abnormally large; each face is an inch square, about the size of a quarter. It is abnormally colored—each face is white and trimmed with blue—and the numbers themselves illuminate from within the cube and change colors to suit the situation. When playing at night it glows softly; the numbers pulse softly before fading away. 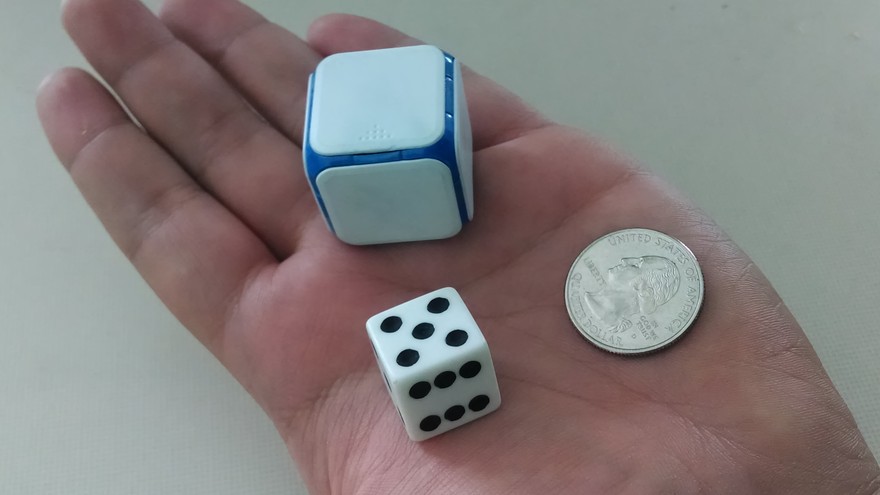 I mean, I know what this thing ostensibly is: It’s a Bluetooth die designed to communicate with a suite of games that you play on a tablet. You roll the die on a table and the tablet responds. The games are fairly simple: they feel like imitations of Candy Land and Sorry!, they feel like a lot of things but “original” isn’t necessarily one of the them. Maybe that’s the point. This is not supposed to be original. It is less powered by the USB cord that you occasionally must use to charge it than it is by the end user’s desire to recreate board games digitally.

Still: what is this thing? A part of me wants to call it a “digital” die but it is something else, an object born of a fetishistic desire to maintain physical control over a digital experience. It screams analogue: it has weight, depth, and texture. The numbers are permanently fixed and look like they have been stenciled on, an aesthetic that makes me think of spray painting and arts and crafts projects of my youth. It can even be used as a “normal” die for a non-tablet game, if you want to get extremely postmodern with your boardgame night. 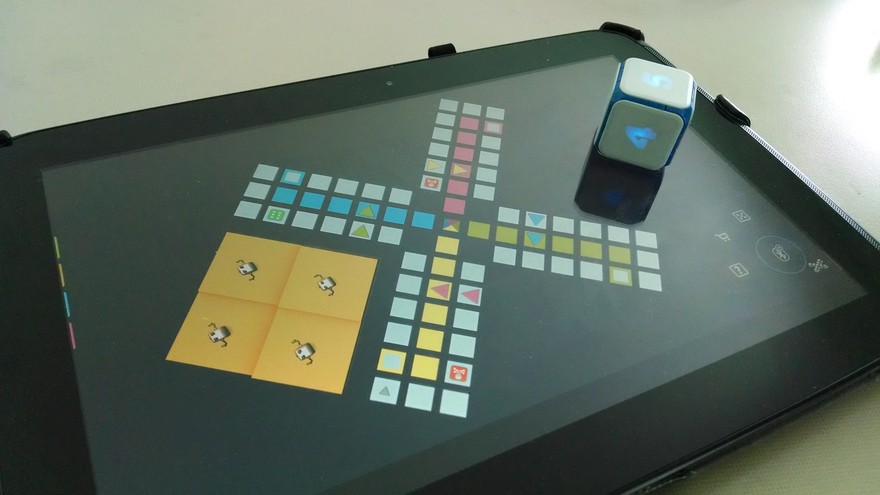 However, in practice, the DICE+ does not react like a normal die. Its rubberized faces catch and it tumbles abnormally. When not in use, even during a game, it ceases glowing, and the object transforms. It is no longer the beautifully illuminated cube with the stencil-cut numbers. It is, now, a sort of mystery, an object that my mother regards with suspicion upon discovering it on the kitchen table one day.

One of my friends described the sensation of using the DICE+ as “weird.” The term is apt enough for a peripheral that I am still not wholly comfortable describing. Is a die with no numbers even a die? The numbers lay dormant, awaiting physical touch in order to illuminate. Is there even a genie in this bottle? Things were never weirder than when the die rolled onto the floor and out of sight one time. Before either of us could retrieve it the tablet in front of us reported that I had rolled a six. Aristotle and Plato might have some very interesting words with Schrodinger over this one.