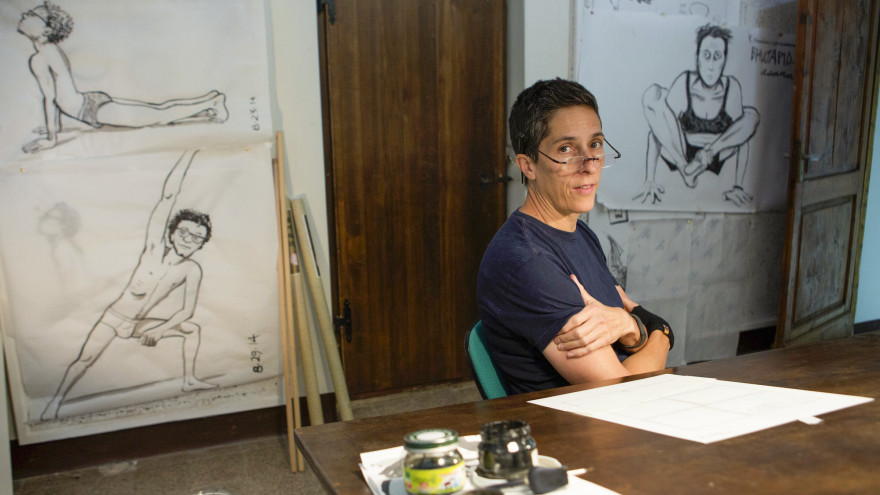 Earlier this week, the MacArthur Foundation handed out 21 “genius” grants, a fellowship of $625,000 to a set of amazing people including one of my favorite cartoonists Alison Bechdel (above), civil rights lawyer Mary L. Bonauto, and poet Terrence Hayes. It’s a tremendous award and winners can do whatever they like with the cash. Going through past winners like Thomas Pynchon and artist Kara Walker gives a broad scope of the range of the human mind and I believe its one of our culture’s proudest achievements.

But going through the 918 winners, I couldn’t help but notice one type of creative that was missing. You can probably guess what I’m going to say. MacArthur doesn’t even list game design as a category and the closest I found was video artist Bill Viola’s The Night Journey, a collaboration with USC’s game head Tracy Fullerton. But that debuted more than 15 years after MacArthur awarded Viola a grant.

To be fair, other fields have been in short supply as well. Bechdel was only the second cartoonist to win the award, behind Ben Katchor. Matthew Carter was the only type designer I could find and Camille Utterback is the only digital artist. So perhaps games will get their due. (I’ve reached out to MacArthur for comment.)

But the MacArthur Foundation was part of the $10.3 million grant to the Games, Learning and Assessment Lab based at EA’s Redwood City, CA headquarters. Clearly if the medium is good enough to instill in kids, it belongs in the pantheon of the arts alongside music and arts class. And that’s, of course, not including the tremendous strides games have made in the culture space including the acquisitions we’ve worked on with the Museum of Modern Art, a Grammy nomination for Journey composer Austin Wintory, and grants from the National Endowment for the Arts. If MacArthur winner Junot Díaz can review Grand Theft Auto IV, then there’s no reason that videogame makers can’t make the short list.

Guess we’ll just have to wait for next year.