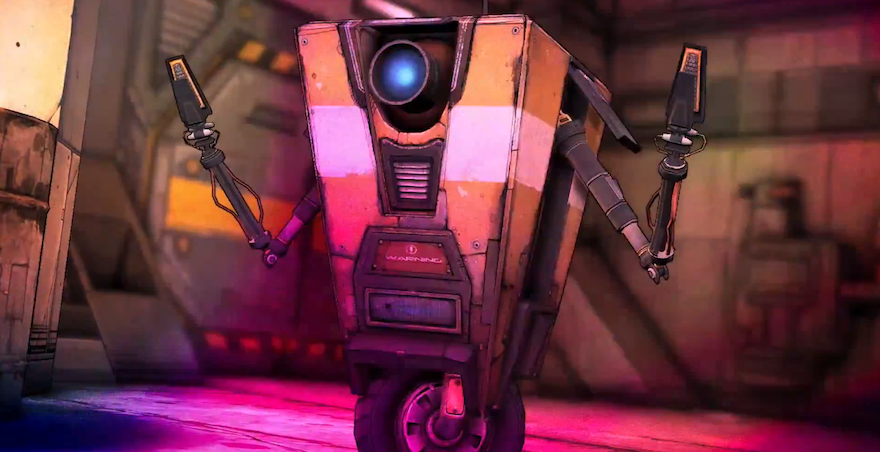 Claptrap was a pretty outstanding non-playable character. In the first two Borderlands, he was sort of a curt, demented WALL-E. He made you laugh. He made you cry. OK, really he just made you laugh, and doled out some side-missions. But in the new Borderlands game announced today, we get to see what it’s like to take control of the top-heavy, uni-wheeled robot with a bit of a superiority complex.

Borderlands: The Pre-Sequel (that’s not me blanking on the word prequel, that’s the name), coming to old-gen systems this fall, will let you be Clappy, along with a few new character types. This could ruin a bit of what we love about him, or it could just be awesome. The team isn’t saying much about how playing as a foul-mouthed drone will change things, but the game looks to be more Borderlands, so you can expect him to still be collecting gun parts and shooting dudes. He’s being nicknamed Fragtrap, so maybe that provides a hint.