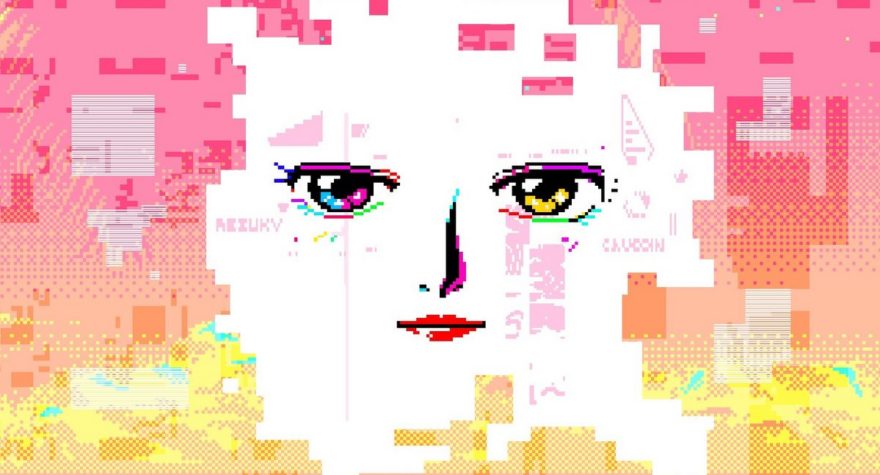 Recently, the SEGA Dreamcast saw its 17th anniversary in North America. Released in 1999 as the last SEGA console in the company’s history, its birthday is a bittersweet event. Despite the company’s shortcomings, SEGA has a place in the hearts of those who, like me, grew up with games such as Sonic Adventure (1999) and NiGHTS Into Dreams… (1996). It’s the style, the aesthetic, even the background music of these classic Dreamcast titles that fosters such love among fans.

Composer Christa Lee’s album Welcome to the Fantasy Zone is a tribute to that kind of love. Released in late August, Lee’s work features songs inspired by various SEGA releases from the 1980s and 1990s. What’s so impressive about the album is how much it feels just like a collection of songs from SEGA’s early days. Without prior knowledge, it’s easy to assume that Lee’s songs could’ve been composed for such games as Panzer Dragoon (1995), OutRun (1986), or Burning Rangers (1998).

“SEGA’s music always reacted to contemporary styles and aesthetics in really interesting ways,” Lee told me. “Something like OutRun would sound really at home on a Smooth Jazz radio station, whereas Streets of Rage (1991) very literally borrows from the threads of house and techno which were, at the time, reaching new levels of visibility. I’ve always found SEGA’s engagement with Real World Culture inspiring and I thought it’d be fun to react to that by building a collection of tracks without genre limitations.”

Instead of emulating the chiptune style that many early SEGA games featured, however, Lee decided to create an album “with the intention of capturing the feel of those classic SEGA games.” The end result combines SEGA’s early ’90s aesthetic with today’s modern genre inclinations.

Welcome to the Fantasy Zone isn’t Lee’s first time exploring musical aesthetics and stylings from the ‘90s. Several years ago, she contributed songs to the burgeoning vaporwave genre. Composing under the moniker ショッピングワールドjp, this music vastly influenced the final album’s work. “Those ショッピングワールドjp albums were written at a really dark period for me, and I found a lot of comfort in sampling old SEGA games for them,” she explained. “My engagement with vaporwave came at a point in my life where I was beginning to come to terms with my gender identity and my own queerness, and being involved [in] a predominantly queer community with an aesthetic attachment to SEGA didn’t go unnoticed.”

Lee hopes her work will push newcomers to check out the work of such SEGA greats as Yu Suzuki, Yuji Naka, Tetsuya Mizuguchi, Naoto Oshima, and Rieko Kodama. But, more than anything, she hopes listeners can relate to the feelings and experiences that SEGA fans from the ’90s had while playing through some of the company’s classics. “Sometimes it feels as if SEGA is relegated to being either this abstract Fallen Giant—almost always positioned in opposition to Nintendo—or as ‘Sonic The Hedgehog,’ neither of which really is the case, and both narratives really do a disservice to the incredible talent that worked to build that company into something special,” Lee said.

Welcome to the Fantasy Zone can be listened to over at Christa Lee’s Bandcamp, with the album’s singles hosted over at Soundcloud. A downloadable copy is also available for $7. For updates on Christa Lee’s music and SEGA projects, she can be followed on Twitter at @OhPoorPup.