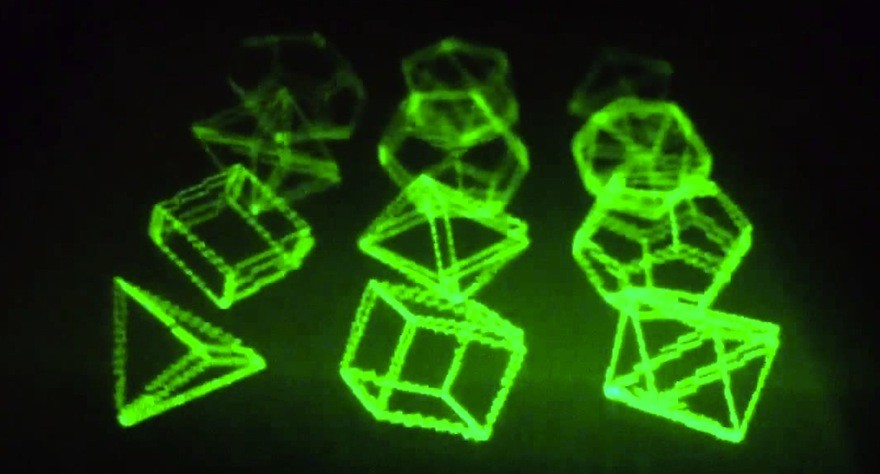 As pointed out by Hyperallergic, the hypnotic holographic system called the Voxiebox was shown off a week ago at Indiecade East. This marvelous volumetric display has been around since Maker Faire 2013, but has recently made mucho headway in terms of people actually programming games for it—classic-style games composed of cubes of blistering light that occupy physical space.

At Indiecade, it was Voxatron, the voxel-based twin-stick shooter (maybe?) that’s still in alpha but sure looks voxel-y. There was also a version of 3D Pong made for Global Game Jam 2014. And a galloping red horse. All this makes my eleven-year-old self incredibly happy, especially the horse.