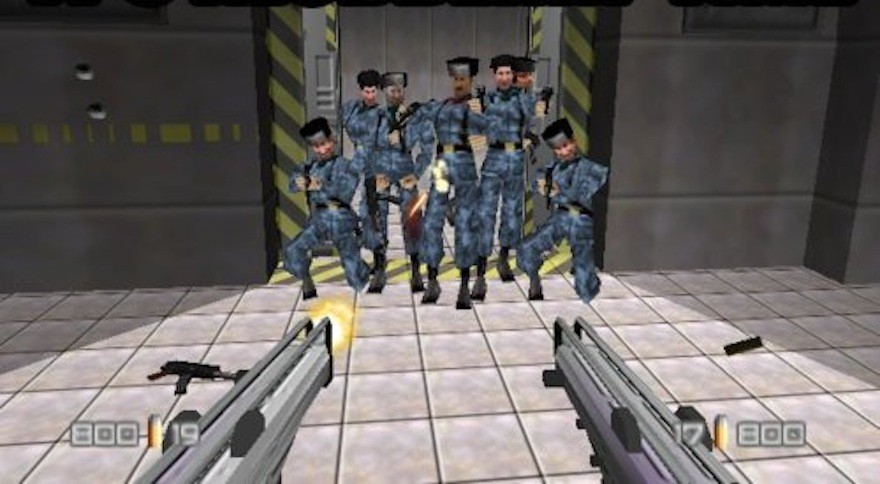 The Klobb in GoldenEye for Nintendo 64 was pure, unabashed Czechoslovakian garbage. You really might as well go gunless into a gunfight rather than pick it up off the concrete slab. It was so bad that it wouldn’t be right to let it slip from our memory without understanding why it’s so fucking awful, so a writer at Edge has dug deep into what makes the submachine gun in the best James Bond game notoriously pathetic. The reason, as explained by the game’s director Martin Hollis, is that it was designed after a real-life crappy gun, the Skorpion VZ/61. His account of the awfulness is just priceless.

There are a few scenarios in which it’s possible to pick up two Klobbs and dual-wield them. When you do so, it makes an awesome sound and feels fantastic. You think to yourself, “Oh, yeah! I’m the shit.” Until you actually try to shoot an enemy with the gun, that is, and realize that it’s a bit like a noisy water pistol.

Do yourself a favor and go read the whole thing at Edge.