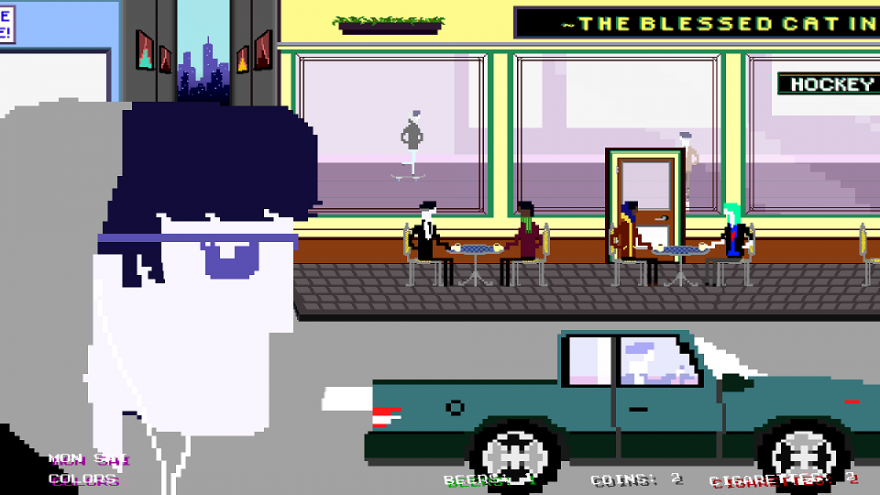 The term “walking simulator” is often falsely applied to what I recognize, and appreciate, as “exploration games”. Proteus, Gone Home, and Dear Esther are most commonly targeted with the label; it smeared across digital stores and forums like a graffiti tag.

Yet, these aren’t videogames that place the act of walking as their central conceit. That belongs to the environment, whether a gloomy British seaside or a family home in ’90s , and the narrative that steadily unravels as you pick over it all. These are games of poetic verse, of ruffling through the debris of modern living, not of the simulated practice of walking. You can’t even see your feet as you lift them across the soil.

paying more attention to their smartphone than where they’re going

Still, “walking simulator” seems to have caught on; there’s no stopping it now. So, if we’re going to use that particularly dismissive descriptor, rather than shoot it out of an airlock and into outer space like the abomination it is, let’s do it correctly by applying it to games such as Daddy Long Legs. This is a videogame in which the task is to actually simulate walking and its challenge is built around that single act. Here’s another one to try on for size: Keep Walking EP.

You’ve walked down a street before; you know how that goes, so answer this question: How many people do you see paying more attention to their smartphone than where they’re going? If your answer is along the lines of “dunno” then that probably means you’re one of them. Don’t worry, you’re hardly alone—did you know that there are designated “smartphone walking lanes” in in ? That’s the level we’re at with this now.

Yes, the latest evolution in walking is one of a heads down, thumbs up policy. Those who can’t refrain from indulging this reckless abandon rely upon an imagined sixth sense to dodge the incoming pedestrian traffic of commuters and dog walkers. Perhaps they also rely on the nearby sounds of footsteps and passing shadows to guide their steps through stampeding city streets. Avoiding lamp posts and street-side trashcans is a matter of luck, presumably.

Anyway, this modern and dangerous breed of the upright walk is what Keep Walking EP simulates. The pavement is divided into four lanes that you must switch between in order to avoid being taken out by the unstoppable walkers coming at you. Some levels challenge you to get to the end of the song without being knocked over too many times, others task you with collecting cigarettes from the streets, or beating arcade games that you pass by.

The cutest design of the game is the perspective the game gives you to perform this task. You’re given a side-view portrait of your effortlessly cool, cigarette puffing, punky young self. Behind this is a sidescrolling street scene of shops, all of which have wall-sized windows lining their fronts, the reflections in which are your only way of judging what’s in front of you. It’s as if an absurd extrapolation on the self-obsessed “life is a mirror” mantra of those that have to stop at every car door mirror and shop window to check themselves out.

Keep Walking EP isn’t as bitter as that may make it seem—that’s just me coming out, the guy you walked into when not looking where you were going last week. The game feels more like a chill stroll on your day off, earphones in, your favorite playlist blaring in your ears, and you’re so lost in all the momentum that you couldn’t care for the world around you.

You can download Keep Walking EP for free on itch.io.