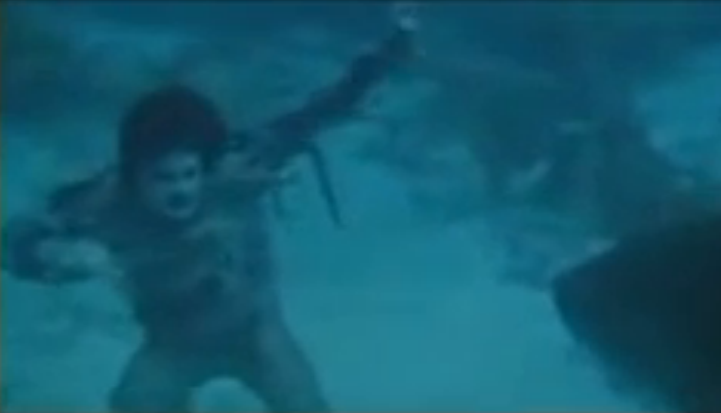 Shark Punch is one of those games where writing the words “Shark Punch” a couple of hundred times would suffice for the article. But I can’t do that, because editors. So, instead we’ll do a side-by-side of Shark Punch and the shark punching scene from the terribly awesome cult Italian gross-out Zombi 2.

Below is a clip from that movie. And further down is a video of the Oculus Rift game Shark Punch, spotted at SXSW in Austin. The first has a submerged zombie punching out a shark, which is awesome. The second has a disembodied pair of virtual reality fists jabbing sharks as they jet towards the screen, also pretty awesome. We’re not quite ready to compare this game to the genius of Fulci, but it looks promising!