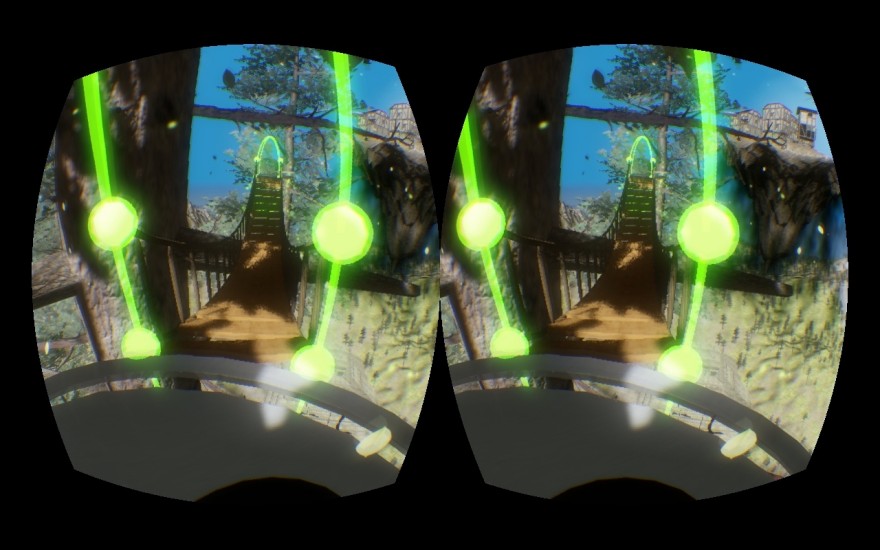 The interesting thing about SightLine is how it fucks with your sense of perception in manifold head-trippy ways: it’s like psychosis without actual psychosis, beautiful-looking and equally terrifying. For one, it’s played in virtual reality, and that’s always a bit unnerving. But it’s also one of those postmodern, first-person, metaphysical mind-benders like Portal or Antichamber where normal thought processes are overturned and toppled.

The concept sounds suitably strange, with the game placing you inside a fairytale environment that vaguely reminds me of Alice in Wonderland, the catch being that the world around you mystically shape-shifts when you turn your head—something you’ll be doing a lot of, being that your head is snugly strapped into a virtual reality headset. The project is currently being pitched on Indiegogo, and supports the VR tradition where the most compelling software tends to be unconventional art projects rather than outright gamey games.