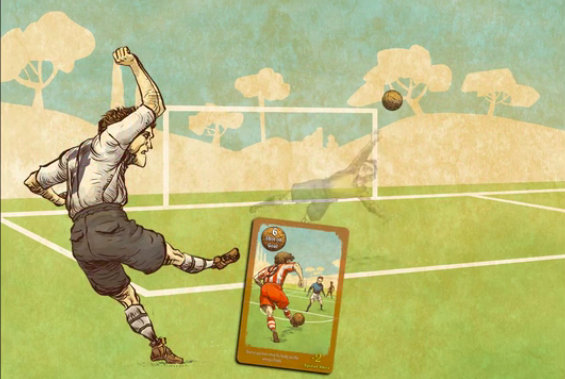 “Football is a simple game,” the onetime England striker and fulltime milquetoast TV personality Gary Lineker once explained. “Twenty-two men chase a ball for 90 minutes and at the end, the Germans always win.” Alternately, football is an incredibly complicated tactical exercise at the end of which the Germans admittedly tend to win. Soccer City, a strategy boardgame about the beautiful game that is currently raising funds on Kickstarter, veers towards that latter view of the sport. 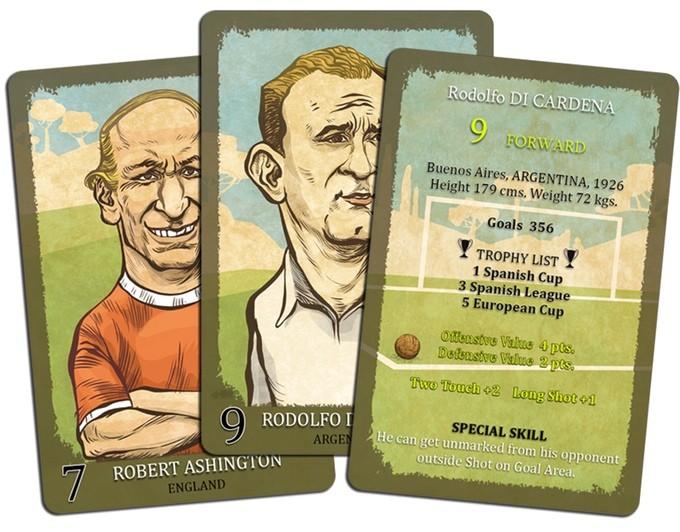 Soccer City bills itself as “the most realistic football board game ever made,” which is big talk from a game with soccer in its title. Then again, it’s hard to think of a more eligible candidate of that title. Even though much of Soccer City’s turn-of-the-century presentation has the ironic tone of the excellent Twitter parody account @ArsenalGent, it may be on to something here.

treats soccer as a more sophisticated form of chess

Two years after the release of a Spanish-language edition, Soccer City’s English release will invite players to engage in turn-based gameplay on a board made up of hexagons. Those hexagons match the shape of the pedestals on which twenty-two plastic statuettes—crosses between Subboteo tabletop football figurines and toy soldiers—sit. The player on offense goes first, picking one of the cards in her hand that corresponds with an action. The defensive player follows suit. Back-and-forth they go. With 165 cards, additional external factor cards, tactical sheets listing defensive and attacking actions, and a referee’s dice that can be used to mete out disciplinary actions, Soccer City offers plenty of options. You can dribble and weave your way through traffic, overcome challenges, shoot, and potentially score.

Football, of course, is not a turn-based sport. The beautiful game’s, er, beauty is most apparent in those moments when hundreds of little moments and factors come together just right. But that is a difficult phenomenon to reproduce in a game, particularly one with a board. Moreover, all these contingencies and interacting forms of agency are not universally adored. They have not always existed, at least not in the ways they now do.

Soccer City’s mechanics can be thought of as a throwback to the days before players couldn’t force their way out of contracts or have their contracts expire, when the freedom of great players to ‘express themselves on the pitch’ wasn’t widely accepted as a philosophical goal, and the manager’s role was somewhere between that of a puppet master and taskmaster. In that respect, Soccer City’s turn-based design matches its retro artistic vision. The game treats soccer as a more sophisticated form of chess, which is both an intriguing idea and a way to reintroduce the primacy of the manager over his pawn-like players.