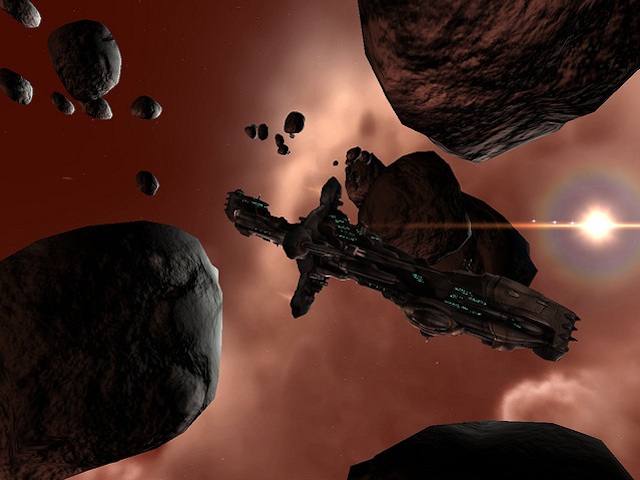 It’s no secret that China has a constrictive grip on what it’s citizens are allowed to access over the internet. Google’s struggles to operate within the nation were prominent, and residents within the country can’t use social networks like Facebook or Twitter, instead relying on state-sponsored variants like Sina Weibo.

This isolationism spreads to online games. While the rest of the world’s EVE players play in one massive universe, players in China use their own server, an alternative universe called Serenity.

While reading about EVE’s living, breathing intergalactic ecosystem always prooves fascinating, an account of the evolution of China’s EVE, posted by Angry_Mustache over at The Mittani, is doubly so. Chinese culture has naturally influenced Serenity’s online world, which operates pretty differently from the one most EVE players are used to. Angry_Mustache writes:

You can tell a lot about the culture of an EVE player-base by the way their alliances are set up. Revenge Ostus made the observation that Serenity alliances are set up like the Central Committee of the Communist Party of China, with long term decisions and diplomacy being made by a politburo comprised of the CEOs of major member corps and a Chairman who handles immediate decisions and day-to-day operations.

While fleet commanders have some initiative, it’s ultimately the Chairman who gets the final say on major ops (remember, a unreinforced node can start conking out at not even 100 players). It would not do at all for an FC to call in supers on a unprepared node and get them all killed.

To repeat: Serenity alliances are set up like the Central Committee of the Communist Party of China.

In the rest of the world, most alliances on the global EVE server resemble dictatorships or monarchies with degrees of democracy. The post goes on to consider differences in the asking prices of technetium, the locations where trade hubs developed, and alliance recruitment policies, but I somehow doubt there has ever been a greater testament to the open-worldness and malleability of EVE than the emergence of Communist alliances in China.