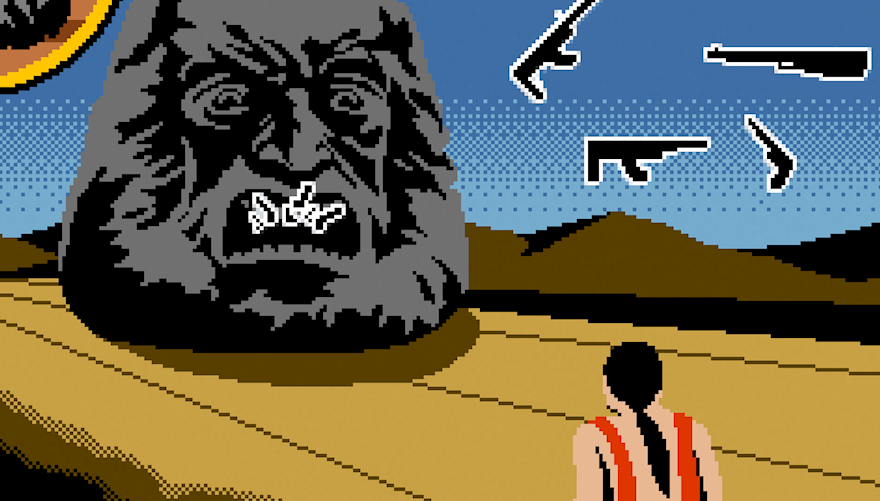 A few years ago, Nick Criscuolo uploaded a sublime mock-up trailer for an 8-bit adaptation of Zardoz, the best absurd cult sci-fi to feature Sean Connery in a red spandex loincloth. Now Nick is very much interested in making that fictional project a reality, throwing some rather inconceivable level design concepts on his blog, along with animated gifs of the pixel-y former Bond on horseback. He’s saying it will be released later this year.

Silly homages to old movies and television in the form of no-budget games are not uncommon, with Fight Club and My Girl coming to mind most recently, but it’s rare that they get taken seriously, like this one. Criscuolo is currently seeking a collaborator/programmer/fellow-levitating-concrete-head lover to help him make Zardoz: the stinky (but awesome) movie: the videogame a reality. Godspeed.