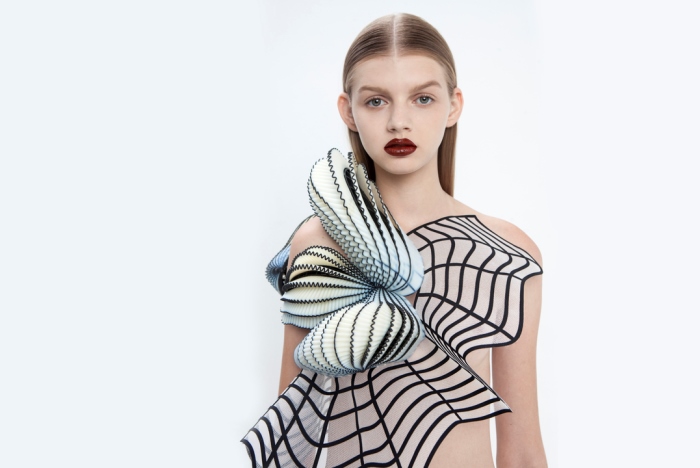 Fashion created via 3D-printing technology is certainly not a new thing, but the many ways the technology is being used by designers to create increasingly unique pieces is a testament to the seemingly endless possibilities that 3D-printing presents for the industry.

One of the latest 3D-printed fashion lines that have gained attention is Hard Copy by 26-year-old Noa Raviv, a designer based in Tel Aviv, Israel.

The fashion collection integrated 3D-printed elements with familiar fabrics. The fashion collection was inspired by “the tension between the real and the virtual, between 2D and 3D,” according to the designer. Raviv based the different pieces on computerized patterns of grids and lines that were manipulated to create odd forms and waves. The results are visually fascinating pieces that seem to appear like distorted 3D drawings brought to life.

Raviv first created her designs using 3D modeling software then manipulated the designs by entering “impossible commands” or commands that involve complex combinations of parameters and codes. These commands created the designs, which she describes as objects that don’t exist or cannot be produced in the real world.

The designer 3D-printed elements of her designs and applied them to fabrics such as tulle and silk organza. She used bold black and white grids and lines, and added a pop of orange in some of her pieces. She also used simple and straight long skirts to contrast the distorted 3D patterns with all their volume and texture. Most of the pieces in the collection also feature sheer fabrics to emphasize the mix of 2D and 3D facets in the design concept. 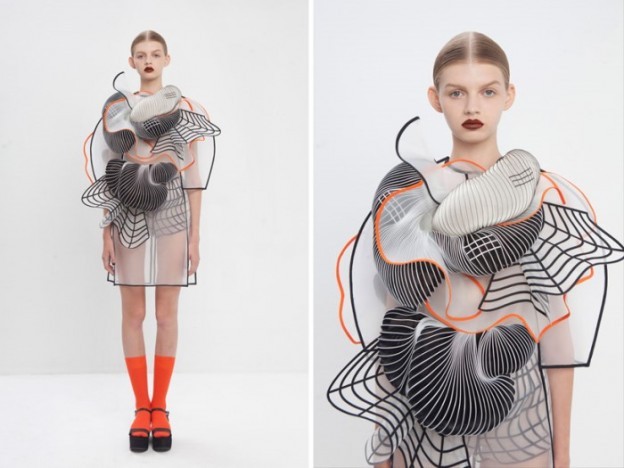 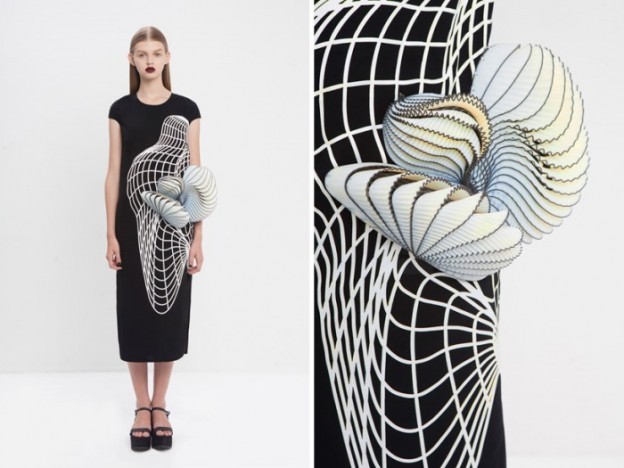 Raviv created the 3D-printed elements using the Stratasys’s Objet Connex500 Multi-Material 3D printing technology. The designer created the collection as part of her student work at the Shenkar College of Engineering and Design in Ramat Gan, Israel.

View more images from the collection on Raviv’s website.