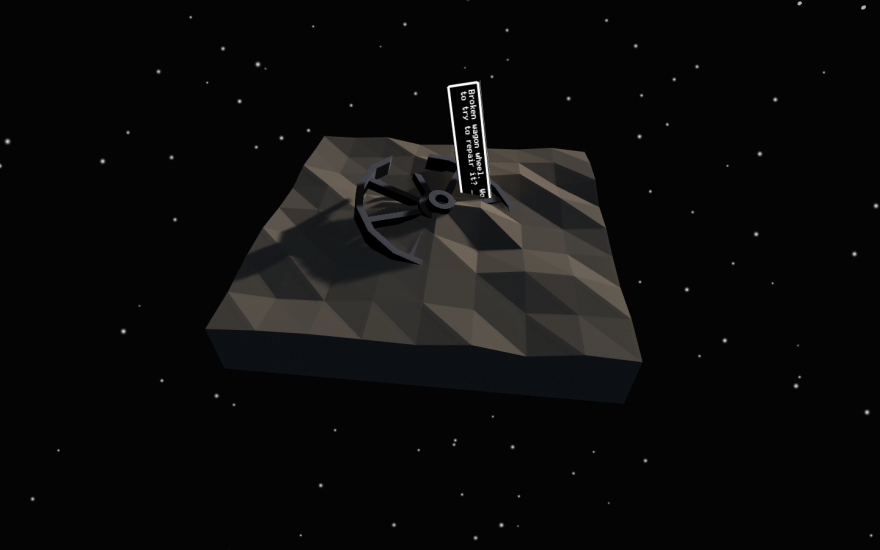 Juegos Rancheros’s Mystic Western game jam, held between June 16th and June 30th, was a beautifully prolific two-week international event that gave birth to 50 games about the West and the weird things that happen within it. Alongside projects like Black Gold and To West was Independence, Missouri, an off-kilter prototype from Pippin Barr, previously known for experiments like Game Studies and Sisyphus: The Game. A retelling of an unsuccessful session of the classic educational game Oregon Trail (1971), it’s appropriately mystic, and definitely Western. Now Barr’s releasing it proper.

Independence, Missouri, for the purposes of the game, is a tiny frontier town whose only depiction is half-hidden in the dirt. Its historical relevance, of such importance to the fifth grade teachers who just want to make class fun again, is barely mentioned. Instead it’s a jumping-off point for the doomed caravan that the player follows into the plains, inspecting their broken wagon wheels and firearms as yet another character dies of dysentery. If not for Barr’s stark dioramas and deep sky above the abandoned text boxes, it’d be a typical session of Oregon Trail.


The real Independence, Missouri is the fourth largest city in the state, a municipality right outside of Kansas City whose primary claim to fame is the birthplace of Harry S. Truman. To the north you find Liberty; to the south, Unity. Like the rest of Missouri, it’s best known as a place that people left. The California and Santa Fe trails began there, kickstarting the mass exodus westward that inspired so much of the Mystic Western game jam. While the real place approached what was left of its past by building up and around, expanding in that Midwestern way of cul-de-sacs curving around creeks, bracketed by houses so identical that they look unreal, Barr’s Independence has left the past to sink in the dust.

This is because Barr’s other main inspiration, besides Oregon Trail, is Percy Bysshe Shelley’s legendary poem Ozymandias. Yes, that one: “look on my works, ye mighty, and despair,” etc, etc. A poem that, despite its current oversaturation in pop culture, remains a powerful condemnation of permanence, illustrating that even the greatest of empires will eventually succumb to time. In a blog post detailing the process he went through to arrive at this concept, Barr says that the age and cult status of Oregon Trail worked well as an emblem of an “ancient” history to be represented in his dioramas.

As such, Barr quotes Shelley on Independence, Missouri’s itch.io page—with a little twist:

Everyone in the party has died! Nothing beside remains! Round the decay of that colossal wreck, boundless and bare the lone and level sands stretch far away!

In the intersection between the collective memory of America (schoolchildren, wanderers, all pioneers) and the lost remnants of a civilization—not buried, but kept, behind a glass pane or a screen—lies Independence, Missouri.