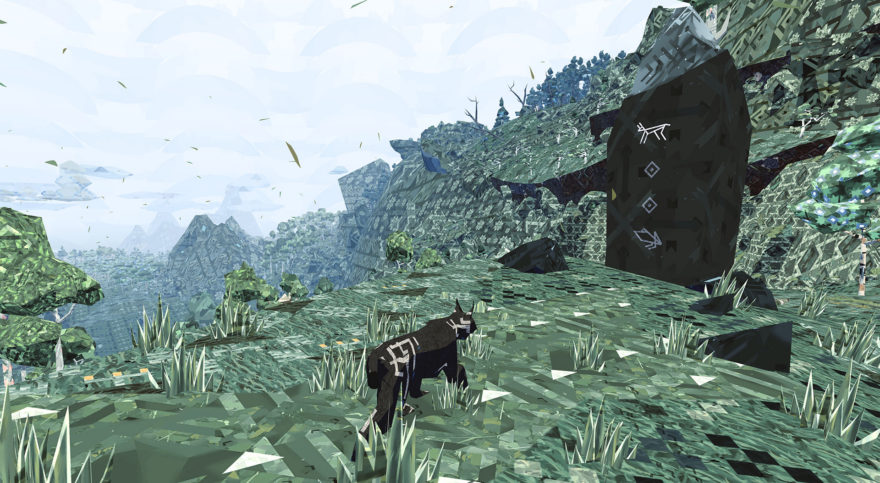 Today, Might and Delight rolled out the first of many updates for its “online fable experience” Meadow, in which players roam and survive an open wilderness as various animals. The update added a new playable fox, a “Home” feature that lets you set any location as your animal’s home, new emotes for each animal, and new music. Larger updates are planned and will be released on December 15th and January 18th.

Meadow is the first online game that Might and Delight has made after specializing in single player games like side-scrolling platformer Pid and badger survival game Shelter. The studio’s Vic Bassey told me they were encouraged to make an online-only game after fans persistently asked for online components to their previous games. Meadow was meant as an experiment to test out the studio’s networking capabilities, but it has proven to be much more than that. “We roped in a friend of the studio for help and decided to release the game as cheaply as possible so as to reward fans of the franchise that have stuck by us,” Bassey told me. “The response has been overwhelmingly positive and given us the determination to find other ways of showing our fans how much we appreciate their support.”

“You simply had to trust your instincts”

What particularly struck me about Meadow is the idea of it being a “forum in games clothing.” Bassey told me the concept is something Might and Delight’s creative team came up with, neatly capturing the studio’s desire to make an online experience that is a “pre-dominantly relaxing affair” but also differed greatly from the “normal perception of what an MMO should be.” It’s not the first online game of its kind, as it falls under the lineage of Tale of Tales’s 2005 online multiplayer game The Endless Forest, and thatgamecompany’s 2012 multiplayer adventure Journey.

The vital design choice found in all three of these games is that players can only communicate with emotes—either a gesture or sound emitted by the in-game character. In terms of Meadow, this restriction “meant you had no way of knowing if any animal you encountered in the world was hostile or not,” according to Bassey. “You simply had to trust your instincts. There is no chat functionality and no way of knowing who the person you have interacted with is. It’s led to some pretty touching and heart warming encounters.”

The major difference here when compared to other online multiplayer games is that players only have positive ways to interact and affect each other. A game that allows for either text or voice chat (or both) opens up the possibility for players to verbally abuse each other. And as they can’t see the consequences of their harassment in their victim’s facial expressions—a crucial visual cue that helps us build empathy for others—the ramifications of hurtful words aren’t fed back to the abuser. This is why a lot of online games are known for having toxic communities with players that are constantly insulting each other. This is only exacerbated in competitive games where frustration can be increased rapidly and hostility is encouraged.

The idea of an online game that doesn’t allow chat being a “forum” might be odd at first. But by observing the players of these games you can see that conversation is actually much more worthwhile and dynamic than many other games that do have chat facilities. I asked Bassey if there were any memorable player interactions that he’s seen take place in Meadow so far, and what he shared is a great demonstration of how the game’s approach to online communication turns out positive results.

“The one that really resonated with me was one of an individual who claimed to have made more friends in three days playing the game than in their whole life,” Bassey said. “That shows the level of emotional attachment and connection that has resonated with those playing the game. The Shelter games always hit home, but Meadow appears to have gone straight for the heart. That is very much a testament to the excellent sense of community that we have tried to foster.”

You can purchase Meadow for yourself over on Steam.