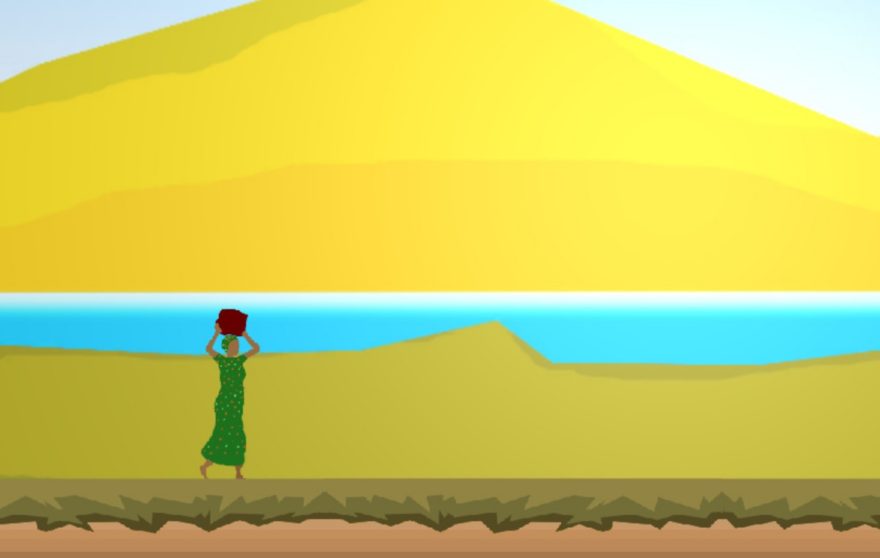 HELP: The Game is a recent project that saw 11 videogame studios—including Angry Birds creator Rovio and the studio behind the upcoming Dead Island 2, Sumo Digital—team up with the WarChild organization. The idea was for each studio to design a game that could then be bundled and sold together. All the earnings from the game bundle go directly to aid African children.

Out of the games in that bundle, one of those to stand out is called Malkia, and was made by Sports Interactive Studios. It’s set in the imaginary world of Kovi but takes real-world inspiration from countries such as Uganda, Rwanda, and the Democratic Republic of Congo. You play as the titular Malkia, who is a mother with eight children trying to build her own business by travelling “to nearby villages to buy and sell goods.” She does this in order to feed her family and hopefully afford to get them a decent education. As you might imagine, none of this is made easy: “It can take days to travel to some of the villages, to buy some coal or other goods to then re-sell in your own village, with lots of pitfalls along the way,” reads the description.

“It was something that moved me a lot”

Luckily, you’re not completely alone, as the government in the game will help to pay for some of the costs of your children’s’ education. You also have the option of sending your kids off to perform errands that may last a few days, however, nothing is without its consequences, since there is the chance of getting them expelled from their school.

Malkia draws directly from stories of the people that WarChild foundation has helped. According to one of the studio’s representatives, the team got the idea for the game when they visited some of the African countries the organization aids, where men and women start their own businesses with micro-loans from the foundation as low as $50. “It was something that moved me a lot when I saw some of them—aid that can lead to greater things, with a very high rate of the micro loans being paid back, which then leads to more loans being possible,” said the representative.

To try to capture the real people and culture that Malkia is inspired by, Sports Interactive recorded traditional West African music to accompany the game. The art team also decided to give the game’s characters and landscapes a hand-drawn look in order to give the game more of a local feel.

Malkia is currently available for purchase in WarChild’s HELP: The Game bundle. Priced at $14.99, it includes 10 other games with all the collection’s profits going straight to children in need.