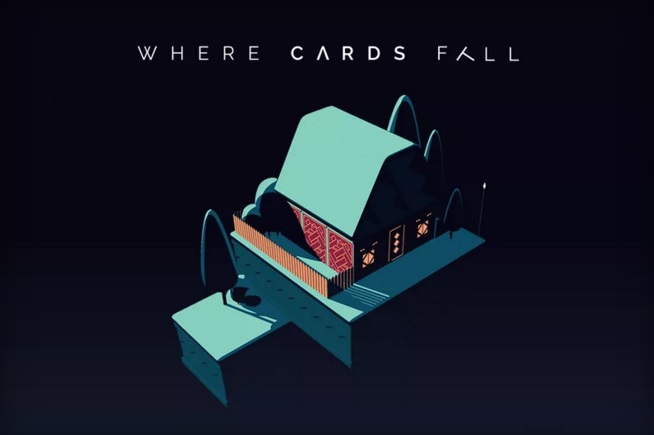 For Sam Rosenthal, the best part of building a house out of cards is the pile it leaves after it falls. “The cards remain intact amidst the disorder, waiting for an architect to make them stand again,” he tells The Verge. It’s in this that Rosenthal sees a metaphor, one that corresponds to his life at the time he was moving to a new city and job, out of his regular comforts—parts of him began to crumble and so he needed to rebuild them.

This perspective gave Rosenthal a new approach, perhaps a solution, to a videogame he had started piecing together while a student at University of Southern California. Inspired by Radiohead’s song “House of Cards,” Rosenthal crafted the beginnings of Where Cards Fall, a game that involves breaking down houses of cards that you can then reconstruct in different ways. The idea is for this process to tie in to a coming-of-age story “about the wistfulness of adolescence, and the way important, sometimes devastating events can impact your life,” according to The Verge. But Rosenthal had initially struggled to make the connection between the in-game interactions and the story until he more closely lived through the type of experience it was about.

Now those houses made of cards serve difference functions in the game: as homes for characters, as platforms to traverse, as places to visit, and more. You’ll need to rebuild the houses in order to balance the needs and ambitions of different characters as well as your own. This could involve “building dreams in a lake or solving puzzles with skyscrapers,” so says Rosenthal, who has used his years thinking on the project to discover different ways to make use of the game’s central conceit. Establishing this connection was also helped along by Rosenthal having worked at Giant Sparrow a studio that thinks a lot about merging storytelling with interactions as proven in the paint-splatting adventure The Unfinished Swan (2012), and the upcoming What Remains of Edith Finch—a surreal videogame comprising a collection of short stories about a cursed family.

But getting all this down has only been one step of many towards getting Where Cards Fall to the place it needs to be. Hence Rosenthal and his studio The Game Band teamed up with Ryan Cash and his studio Built By Snowman, who last year released the gorgeous snowboarding game Alto’s Adventure. The two studio leads met in 2013 and had, back then, shared the individual projects that they were each working on. Cash knew right away that he wanted to work on Where Cards Fall and so, with Alto’s Adventure finished, he and his team have been working on it full-time since last year.

Though conceptually different, the similarities between Where Cards Fall and Alto’s Adventure include a flat look that is used to emphasize beauty and a complementing soundscape. And so the two teams have been able to tweak this for maximum effect, aiming for it to “feel like a bittersweet memory of adolescence.” The other big parallel running across both games is the audience they’re trying to reach, it being one that appreciates approachability and a focus on compelling art and music. Built By Snowman has helped towards reducing the need for game literacy in Where Cards Fall and guiding players smoothly between ideas so that they don’t become overwhelmed. A process that, you might say, is akin to slowly stacking cards on top of another to form a solid structure that doesn’t suddenly topple.

You can look out for updates regarding Where Cards Fall on its website. No platforms or release date have been announced yet.