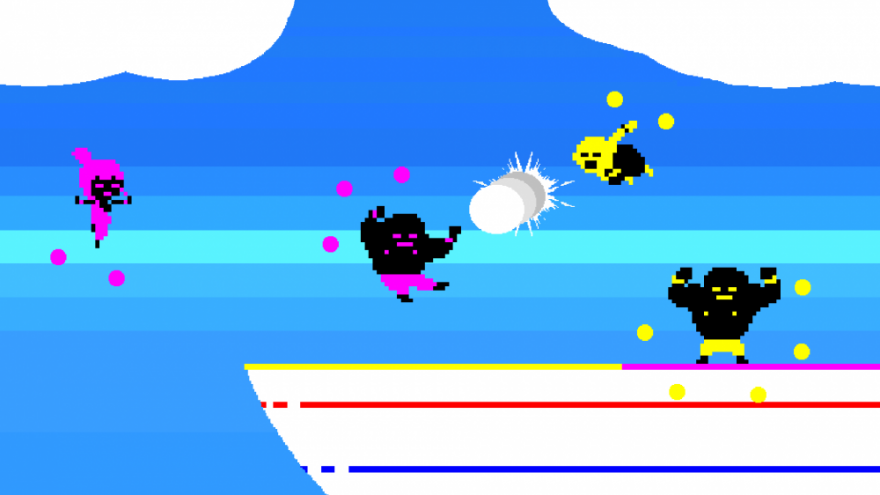 “The only way to prove you’re a good sport is to lose,” baseball player Ernie Banks once said. Like parents letting their kids beat them at checkers, games give us a safe place to play out the dynamics of our relationships. Going easy on the new kid in schoolyard dodgeball may cost you the game, but could earn you a friend. Beating an older sibling in a race to the corner-store nets you some respect. Teaching a buddy how to hadouken in Street Fighter shows him that you care. As silly as games are, they can be a way to bond with people who are a part of your life.

For decades, competitive videogames were synonymous with these kinds of interpersonal exchanges, but as the matches shifted online, something tangible was lost. There is a clear disconnect now, the kind that makes it easy to tank-grief strangers in GTA Online with no remorse. Playing opponents face-to-face demands social nuance, because everyone is still hanging out together when the game goes off. Sure, you can talk trash and say “good game” online, but nobody there is going to punch you in the arm or get you a soda afterwards.

To enjoy them, you need to play a fifth game—being a likable human being.

It is important to note, then, that Sportsfriends demands human interaction. With no option to play online or challenge the computer, other people become a requirement. The four games included are great fun, but to enjoy them, you need to play a fifth game—being a likable human being. If you don’t get that part right, everyone will go do something else. Which is a shame, because you should all be playing Sportsfriends. But even the most likable folks have trouble getting people to travel to their couches just to play videogames. Luckily, I just got new neighbors.

The new couple that just moved into the apartment upstairs consists of my wife’s co-worker and her boyfriend. We’ve all hung out together a few times and seem to get along well, which naturally lead me to try to play videogames with them. I got the boyfriend down to play a few rounds of Sportsfriends the other day. He is ten years younger than me, and for whatever confused evolutionary reason that really made me want to beat him at videogames. But he is also my neighbor, so I wanted us to get along, too. These are concerns that would never collide playing opponents online. But here, in Sportsfriends, I am doubly invested.

We played BaraBariBall first. He picked the burly strongman while I chose the tricky old dude. We battled to gain possession of a ball, and I kept taking uppercuts to the chin. He dropped the ball off his ledge to score, and I foolishly chased after it. The old man fell to his death, giving up the win. I lost, and was smiling, a combination that never occurs when I lose games online. Super Pole Riders was next, a Nidhogg-like dueling game where opponents use pole vaults to jump, kick and hit a ball over to the other side of the court. His character was called Bear and mine was named Pip. Bear repeatedly killed Pip to drive the ball to victory. Afterwards, the game awarded me “most deaths” and him “most kills.” He noted the reference to the classic N64 title Goldeneye, and began to grow on me.

When we played Hokra, I finally got an upper-hand. Originally designed for four players (two per controller), I suggested we try to each control an entire team. When the puck dropped he seemed to be having trouble splitting his brain in two. My two little squares, on the other hand, were moving in unison, tag-teaming their opponents, stealing the puck and taking it back into their zone to score. I won four times in a row. It felt good to win, finally, but I’m still unsure whether or not those victories were simply handed to me, a new neighbor going easy on his older opponent. We turned the game off and went outside to have a beer.

“We have got to play Hokra again. This time with four people,” he suggested the next day out in the yard. Playing Sportsfriends together wasn’t just about competition—it was about knowing how to win and lose. Sometimes that means forfeiting a victory or smiling through defeat. Other times, it means you have to clean IPA out of the upholstery. We’re hoping to get our significant others on-hand for a “real” game of Hokra, but in the interim, I’ve been honing my Super Pole Riders skills. I want the chance to win gracefully, too.